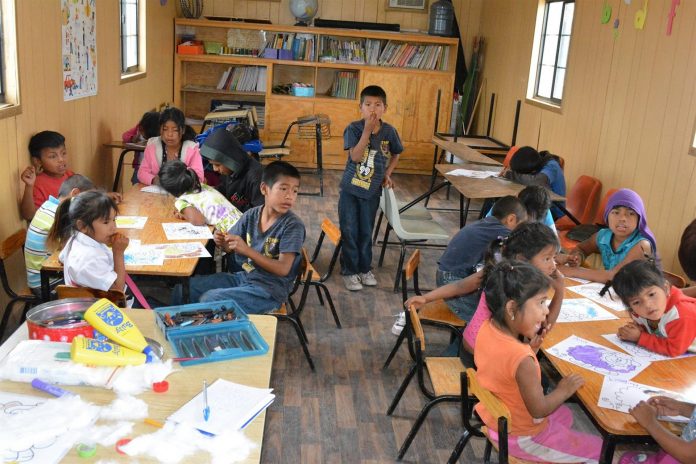 Between 2015 and 2020, 1,962 girls as young as 17 years old have been murdered in Mexico. More than 700 of these crimes – four out of ten – occurred on the streets and highways and 558 girls died in their own homes, according to data from the National Institute of Statistics and Geography of Mexico (INEGI).

The mere fact of being between 15 and 17 years old, being a woman and living in Mexico has a 36 percent chance of being a victim of femicide, explained the director of the Network for the Rights of the Child in Mexico (Redim), Juan Martín Pérez, quoted by the newspaper ‘El Universal’.

On average, 27 girls are murdered per month, although girls between 0 and 2 years old and those between 13 and 17 are the most vulnerable and the smaller the victims, the more cruel the mechanics of death.

MORE THAN 300 FEMINICIDES A YEAR
In 2015, 285 women were murdered and in 2018 it was the highest peak: 367 homicides. The data for the last two years show a slight drop, but specialists assure that the outlook is not good.

This increase in violence has three elements that characterize it: the war that has been going on in Mexico for more than 15 years, the cultural resistance that exists to recognize girls and, one of the most relevant, the political message that has been given from the power that the subject does not interest, assures Martín.

“It is central to assume that both the authorities continue to be sexist accomplices, this is not going to change,” he stressed. “The total impunity that exists must be added to the violence,” Martín added.

The State of Mexico is considered the most dangerous scene in the country. There, a 17-year-old teenager runs the same risk as a month-old baby, according to the analysis of official data.

In February 2018, Redim met with the Mexican government and signed nine commitments in favor of the country’s girls and boys, “but so far it has done the opposite,” Martín denounced.