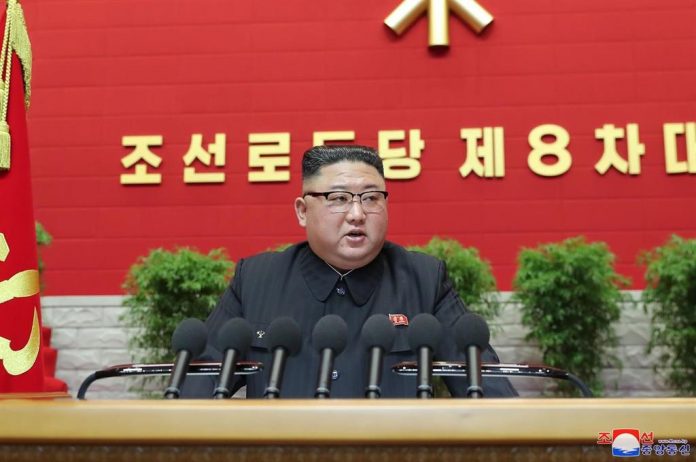 The leader of North Korea, Kim Jong Un, has called on the country’s authorities not to lower their guard “not even for a moment” in the face of the COVID-19 pandemic, despite the fact that his regime still does not recognize cases of coronavirus and it has even rejected some 3 million doses of vaccines that it was going to receive through the COVAX mechanism.

For Kim, preventing the virus is a “very important” task. Pyongyang has closed borders and further restricted movements since the outbreak of the pandemic in neighboring China, without external observers being able to verify the situation on the ground.

The North Korean leader recognizes a “dangerous situation” worldwide, with a pandemic “out of control” that would require continuing to maintain – and even “reexamine” – the restrictions in force, according to an official press release collected by the agency South Korean Yonhap. Kim has advocated an “intense political offensive” against the virus. “

All this despite the fact that the North Korean authorities have not communicated to the World Health Organization (WHO) any case of COVID-19 and, since the beginning of the pandemic, they have carried out some 36,000 tests. If true, it would be an unprecedented milestone in an emergency that already has 219 million reported infections worldwide, according to Johsn Hopkins University.

Sources from the UN Children’s Fund (UNICEF) confirmed to Europa Press this week the rejection of three million doses of Sinovac vaccines, theoretically to “be redirected to a country seriously affected” by the virus. Pyongyang has also apparently not agreed to bilateral deliveries like those raised by Moscow.

AN “ABNORMAL WEATHER”
Kim Jong Un spoke on Thursday during a meeting with leaders of his party in which he also discussed agricultural production, at a particularly sensitive time due to the apparent lack of food derived from recent disasters and border closures.

The Food and Agriculture Organization of the United Nations (FAO) warned in June of a worse-than-expected harvest season that, added to the reduction in imports, generates a national food deficit of 860,000 tons, which is equivalent to 2 , 3 months of food.

Kim has again recognized that there is a “food problem”, against which he has proposed to work to guarantee a good harvest and better land management, in such a way that it can better resist future “natural disasters”. The leader has recognized that “abnormal weather” increases risks, so he has proposed measures on rivers and forests that can improve resilience.