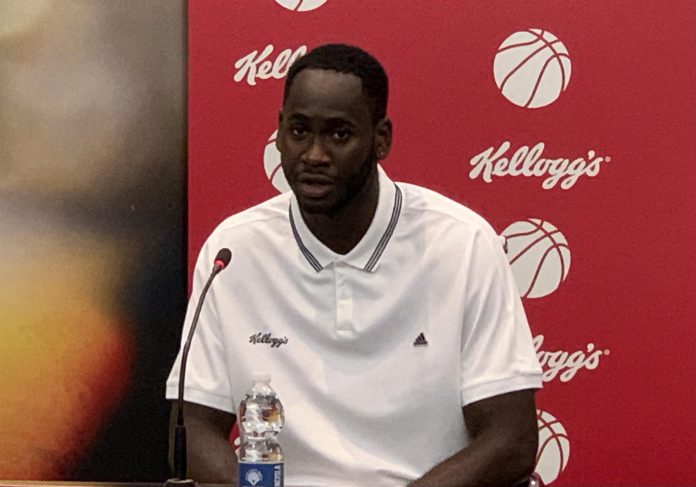 The Spanish Houston Rockets player, Usman Garuba, has assured that he does not “force him to play against the big stars of the NBA” and that Giannis Antetokounmpo is “without a doubt” the rival he is most eager to face, adding, in the key of Spanish team, which feels ready to “take a big step forward” within the renewal that the national team is experiencing.

“My first days in the NBA I felt good. I have been a short time and I still have not been able to adapt to my teammates, I met them on the bus the same day of the game. The game in the NBA is totally different, there are many more spaces , the field is bigger and it is played with more freedom. For me it is the great difference between American and European basketball, “Garuba said after playing his first friendlies against the Rockets.

The power forward, Kellogg’s new ambassador, assured that “it is very easy to get to the top.” “The thing is to stay and the key is to work daily. It does not matter if you have a good or bad game, always keep in mind that you want to improve beyond the results and have things clear. This is what I am going to try to do”, said.

Regarding the rivals that await him in the NBA, he singled out one especially. “The player I most want to face is Giannis Antetokounmpo, without a doubt. It does not force me to play against the great stars of the NBA. It is an extra motivation, I want to defend them and play against them to observe them closely, learn his tricks, his details, see closely all that to see on television, “he said.

PREPARED TO ASSUME “LEADERSHIP” IN THE SELECTION
To advance his landing in the US league, the former Real Madrid player believes he “can benefit” from playing for the Rockets. “These years I have been in teams where the demand has always been maximum to win or win and in the team I go to there is a big difference because the objective is to improve daily and improve aspects of the game because we are a very young team with many players 20, 21 years old. That suits me well, “he stressed.

Asked about the position he will occupy on the court, he pointed out that he “is not talking at all” with his new coaches. “But we have had a conversation about it. I am going to occupy various positions, that’s the idea, to do different things in the game. various positions, “he advanced.

On the other hand, he ruled out any comparison with Luka Doncic. “There is only one Donic and I am a totally different player. We share that we have been at Real Madrid and we have gone to the NBA with the same age, but we are totally different,” he clarified.

Finally, Garuba, who played his first Olympic Games in Tokyo, showed his commitment to the national team. “It is clear that there will be a renewal of the team these years because these players who have achieved so much success in the end are getting older and want to make way for new players. I feel that I have to take a big step forward in the national team. Since I was little I have always felt very proud to play for the national team and I dream of taking that leadership step to lead the national team to get medals, “he concluded.