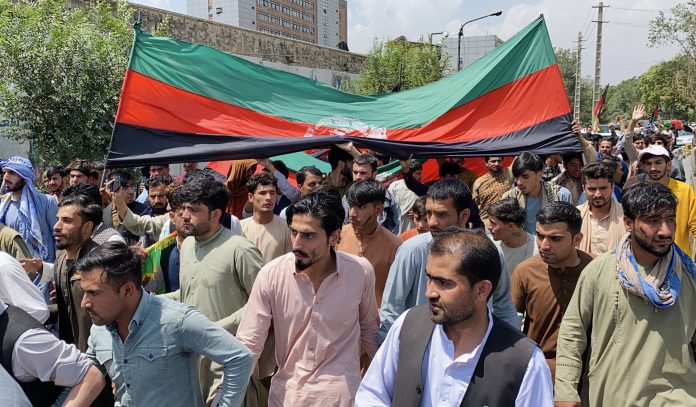 Hundreds of people have taken to the streets of various parts of Afghanistan, including the capital, Kabul, this Thursday to commemorate Independence Day carrying the official flag, after the Taliban have taken control of the Asian country.

The demonstration in Kabul was attended by a hundred people – including women – mostly waving the red, black and green flag, a sign of protest against the Taliban, who have their own banner. According to the DPA agency, the protesters chanted “long live Afghanistan” and “our flag, our pride.”

In the city of Jalalabad, the Taliban have fired on a group of people protesting the removal of the Afghan flag in the town to disperse the crowd. Some media speak of deaths and the Sputnik news agency specifies that there are four. Likewise, three other people have been arrested.

On Wednesday, a dozen people were killed in clashes with the Taliban in defense of the Afghan flag in Jalalabad. Dozens of people claimed their right to display the country’s official banner, instead of the white one wielded by the insurgency.

It was not the only incident. According to videos shared on social networks, some of the protests in various parts of the country have ended with the Taliban opening fire on the protesters.