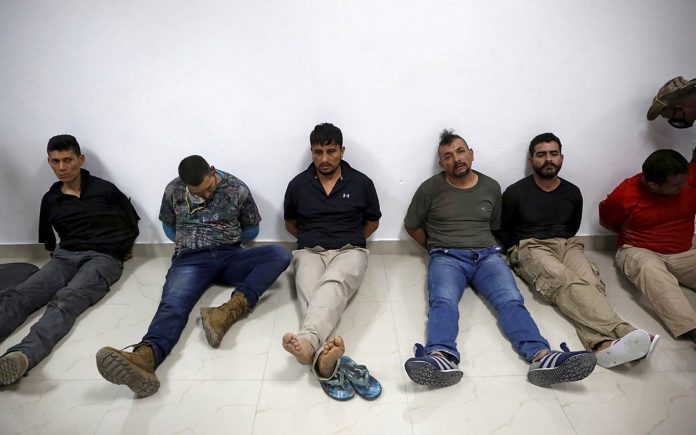 The Haitian Police have reported this Thursday that they have arrested 15 Colombians and two Americans suspected of assassinating President Jovenel Moise, while they have identified a total of 28 alleged perpetrators of the assassination, and are looking for eight fugitives and three have been killed. .

In a press conference, the Chief of Police, León Charles, detailed that 15 Colombians and two Americans of Haitian origin were intercepted after a two-day police operation.

“It was a command of 28 attackers, including 26 Colombians, while we intercepted 15 Colombians and two Americans of Haitian origin. Three Colombians died and another eight are fugitives, according to the newspaper ‘Le Nouvelliste’.

Hours later, the Haitian Police reported on their Twitter account that they are actively looking for 9 people “who participated in the heinous murder” and that 15 people, including 13 Colombians, were arrested in connection with the case.

Acting Prime Minister Claude Joseph has stated that “most of the attackers have been arrested” and that he is “delighted with the support of the population.” “We continue to seek the help of the population to intercept the eight attackers who are on the run,” he added.

For his part, the Colombian Defense Minister, Diego Molano, has reported that the captured Colombians are retired members of the country’s Army and has confirmed that Interpol has requested information from the Colombian Police, according to ‘Caracol Radio’.

Hours before, Pierre has informed CNN that one of the Americans identifies himself as James Solages, something about which the spokesman for the United States Department of State, Ned Price, has been asked, who has indicated that he is “not in a position to to confirm that, mainly because the Haitian authorities, of course, are leading this investigation. “

“We are aware of the reports of the arrests that have taken place, but would have to consult the Haitian authorities for more details,” he added.

Likewise, the Taiwanese embassy in Haiti has reported in a statement that this Thursday the Haitian Police have communicated their intention to enter the Embassy to pursue 11 suspects.

“Taiwan, as a responsible member of the international community, long-time loyal friend and credible partner of Haiti, immediately agreed and authorized the Haitian Police to conduct a search to seek justice and determine the truth behind the incident as soon as possible. possible, “the statement read.

“The Police started an operation around 4:00 pm (local time) and successfully arrested 11 suspects. The process went smoothly and the Police led them to question them,” he added.

The Haitian Police have asked the population to help them “clarify the crime,” for which they have asked that any available information be shared. Likewise, it has also requested international assistance in the investigation.

Charles has indicated that “they already have the physical authors of the murder, and that they are now seeking to identify the intellectual authors.” In this sense, he has announced the beginning of an administrative and judicial investigation into the assassination.

In this regard, the Government Commissioner of the Court of First Instance of Port-au-Prince, Me Bedford Claude, has asked the Chief Inspector General, Frantz Jean François, to place senior officials and security agents of President Jovenel Moise at the disposal of Justice , according to ‘Juno 7’.

On his side, the interim prime minister has shared with the BBC that Moise may have been assassinated because he was fighting the “oligarchs” in Haiti. “Moise was fighting against some oligarchs in the country and we do not know if there is a link between those oligarchs and the foreign assassins of the president,” he said.

Moise was killed in an attack on his private residence early Wednesday morning, receiving up to 12 shots. Subsequently, the ambassador of the Caribbean country to the United States, Bocchit Edmond, has assured that the assailants were “very well trained” and that they posed as DEA agents. After the assassination, Joseph declared a state of siege.