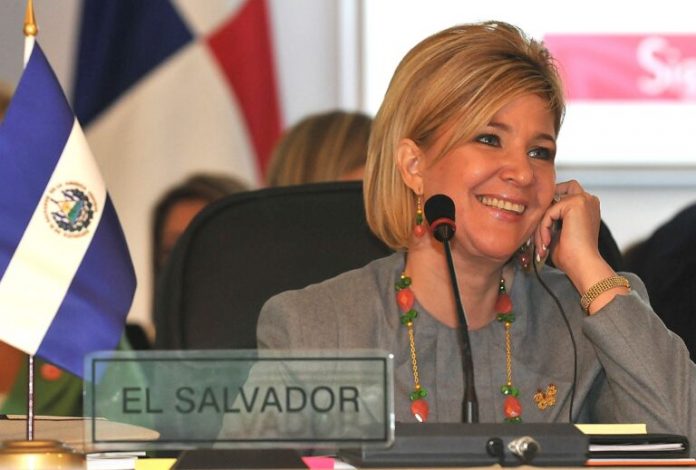 The Justice of El Salvador has sentenced the country’s former first lady Ana Ligia Mixco, wife of former President Antonio Saca (2004 – 2009), to ten years as part of a process for laundering up to $ 26 million (more than $ 21.3 million). million euros) from public coffers.

Along with Mixco, seven other people have also been convicted, including her brother, Óscar Edgardo Sol Mixco, who has also been sentenced to ten years, reports the newspaper ‘El Salvador’.

The condemned were being processed for having laundered the sum of 17.6 million dollars (almost 14.5 million euros) through the company Grupo Radial Samix, funds that came from the public coffers during Saca’s mandate.

The Salvadoran Justice has reported that the reading of the sentence will take place on June 21, at the same time that it has affirmed that they have managed to verify the participation and existence of the crime of all those convicted, thus demonstrating that there was a diversion of public funds and the use of machinery designed to launder said money.

On March 4, the Prosecutor’s Office had asked the Fourth Sentencing Court to sentence the former first lady and her brother to 15 years in prison, for having been accomplices of former President Saca, who had already been sentenced to ten years in prison in 2018 for crimes committed during his tenure.

Saca ruled between 2004 and 2009 by the Nationalist Republican Alliance (Arena), and at the end of his term he founded the Great Alliance for National Unity (Gana).