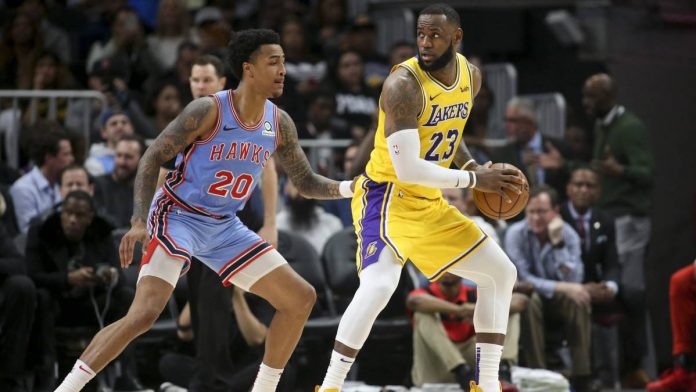 The star player of Los Angeles Lakers LeBron James has fallen injured in the defeat that his team suffered at the Staples Center against Atlanta Hawks (94-99), on an NBA day in which neither the Spanish center Marc Gasol nor the wing played -Pivot Serge Ibaka, who missed the Los Angeles Clippers victory against Charlotte Hornets (125-98).

After having materialized 10 points and 4 assists in 11 minutes of play, LeBron had to leave the court in the second quarter after an action in which Solomon Hill involuntarily fell on his right foot in the fight for a ball.

Finally, it was confirmed that he suffers a high ankle sprain, which will keep him away “for an indeterminate time” out of competition. Meanwhile, Marc Gasol continues to get ready after concluding his isolation by protocol against the coronavirus and he still did not have minutes.

The Spanish-Congolese Serge Ibaka did not participate either, although this time due to back discomfort, in the triumph of the Clippers, quarterfinals of the Western Conference (27-16) after their neighbors (28-14), against the Hornets, with Paul George (21) pulling the cart.