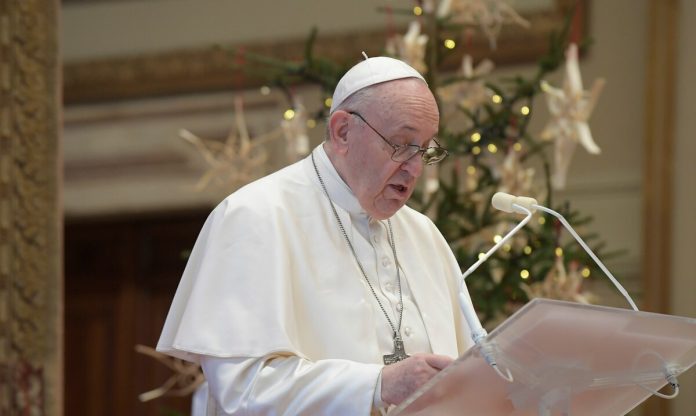 The Pope has shown his firm decision to travel to Iraq next Friday despite the dangers it entails, in the midst of a global pandemic that imposes restrictive measures in the country and recent acts of violence: “I have wanted to meet with this Church for a long time. martyr”.

“This Friday I will travel to Iraq for a three-day pilgrimage. I have long wanted to meet this people who have suffered so much and this martyr Church and in the land of Abraham (in Ur); with the other religious leaders we will take another step towards the brotherhood between believers, “said Francisco after presiding over the general audience in the Library of the Apostolic Palace, without faithful and with the utmost respect for security measures.

Less than two days before the Pope sets off and faces his 33rd international trip, one of the most difficult of his Pontificate, several rockets were fired at a base where there are American, Iraqi and Spanish soldiers who are leading an international coalition to counteract jihadist terrorism. However, Francis believes that “Iraq cannot wait.” “He was waiting for John Paul II and he was forbidden to go. You cannot disappoint a people the second time,” he pointed out.

Precisely, the Polish Pope had planned to travel to Iraq in 1999 but his intention was thwarted by the opposition of the then dictator Saddam Hussein.

The Argentine Pontiff, who will spend three days in Iraq, will visit the capital Baghdad, Mosul, Erbil, Qaraqosh and the ancient city of Ur. better way”.

Likewise, he hoped that “the aspirations of the Burmese people are not stifled by violence and that hope is granted to the young people of that beloved land and given a future where hatred and injustice leave space for encounter and reconciliation. “.

“I get sad news from Burma of bloody confrontations with loss of human life,”he lamented to draw the attention of the authorities involved so that dialogue prevails over repression and harmony over discord.”