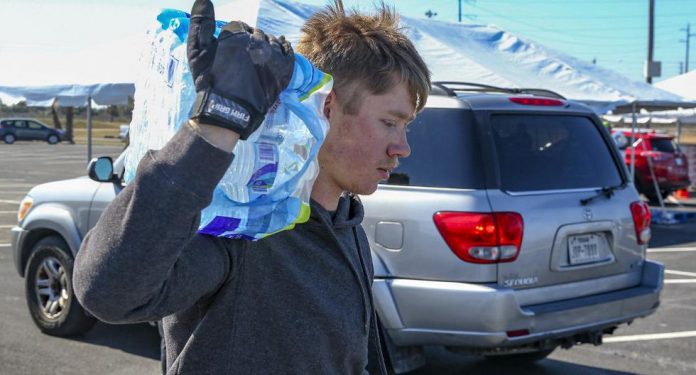 The authorities of the state of Texas, which is facing a cold wave that has caused numerous power outages, have warned that more than 29 million people are still without drinking water in the area.

Although electricity bills have risen 70 percent, the local government has warned that heavy snowfall has caused numerous pipes to break, leading to water contamination. In this sense, they have once again asked the population to boil the water before using it.

“We urge customers to limit water service to essentials and follow the mandatory restrictions so that we can quickly restore service as soon as possible,” the state’s water service said on its Twitter account.

Faced with this situation, the Governor of Texas, Greg Abbott, has held an emergency meeting with state authorities to discuss a bill to protect customers from these types of abusive prices.

The electricity demand this week has caused prices to multiply in an unprecedented way with bills that come to touch the 17,000 dollars (14,000 euros) in some establishments.

“It is unacceptable that Texans who suffered for days in the freezing cold without electricity or heat are now being affected by rising energy costs,” the governor said in a statement.

The White House spokeswoman, Jen Psaki, stressed that the president, Joe Biden, is “looking forward to” going to Texas “and showing his support”, but has assured that “he does not want to take resources or attention” from the emergency.

The president declared Texas a “major disaster” area in the wake of the snowstorm, which has left thousands of homes without power and water.