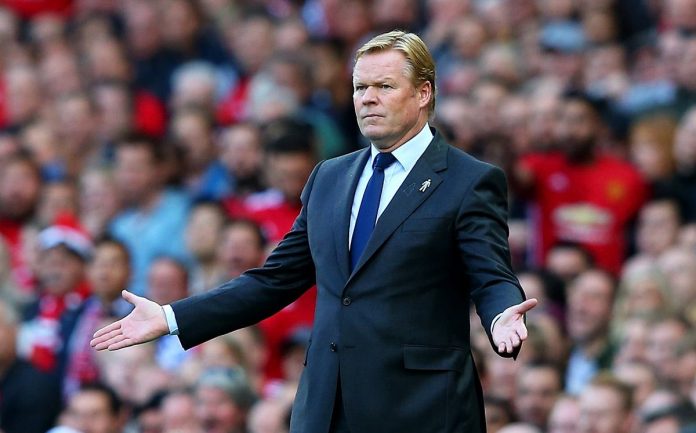 The FC Barcelona coach, Ronald Koeman, has assured that “the world does not end” after the hard defeat of the ‘Champions’ against Paris Saint-Germain, and has stressed that they are “still” alive in the three competitions and trusts in being able to “come back” in the Cup, in addition to recognizing that it is “good” that the players are affected, since they will be able to show their reaction this Sunday in the LaLiga Santander match against Cádiz at the Camp Nou (2:00 pm).

“The world does not end after a defeat. We have to analyze our failures, improve things, talk and then train. The other day we were low in our game with the ball, we lost more balls than lately and give more options to the contrary. I hope that tomorrow we will come out strong to win the game. To be confident, we depend on the result, “he declared at a press conference.

The Catalans fell dramatically against the French team in the first leg of the knockout stages of the Champions League at the Camp Nou (1-4), although the Dutch coach believes it was not such a bad game. “We won away against Juve, we lost at home; we lost at home against PSG, we can win in Paris. The data from the other day is not so exaggerated, they were very effective. I don’t think we can compete, we have been close, we have had our chances. I don’t see a team much bigger than the other. If we don’t have all the players, it’s one more problem, “he recalled.

In addition, he recalled that they are alive “still in the three competitions.” “Especially in the ‘Champions’, it is very complicated. In the Cup, with more effectiveness and luck, we can come back; I still believe in being able to pass that tie. In LaLiga we have a good trajectory, we have to hope that the first loses points. No I’m so negative, we have to keep working. We are Barça, we have good players and we always have to react and put things in their place, “he warned.

“It is not good to think about the Sevilla game, we have other games before. Each game is very important, especially to react after what happened to us the other day. The path is to try to be strong, the goal is to win each game”, he insisted, without thinking about the return of the semifinals of the Copa del Rey.

Koeman also recognized that the best thing now is to be able to play again soon to be able to make up for what happened against PSG. “After a loss, it’s always good to have a game early to show that we can be better, get a better result. We have a good track record in the league in recent months. We accept what happened to us,” he said.

“I don’t mind harsh comments, it’s your job; mine is to prepare the team for each game. We have talked about where we have failed and we seek the pride of each player for being a Barcelona player. We must move forward to show that we can improve and win things, “he added about the criticism. “I have my ideas for the future of this club, but I have to wait to see who the president is. We will sit down and talk about the future,” he continued.

The culé coach insisted that nowadays, with such a “tight” calendar, the physical aspect is “very important”, and they must seek “a balance”, in addition to assessing the lack of understanding between goalkeeper and defense in the foul that it supposed 1-3 the other day. “You have to be more focused. We don’t have the strength and the height, and that is one more reason not to make useless fouls in which the opponent can do us a lot of harm,” he stressed.

In another vein, he acknowledged that the players have been greatly affected by the defeat against the Parisian team. “It is normal that emotionally they are low after what happened to us. They have a good attitude. On Friday I noticed the environment lower than normal, but it is good, because if it does not affect we cannot be here. Today I have seen the group as before and eager to play the game tomorrow, “he said.

He also did not refuse to talk about the discussion between Gerard Piqué and Antoine Griezmann during the clash. “During a game there is a lot of emotion and things happen that cannot be accepted. It is good to have people in the team who react if things do not go well. You cannot ask please, there are moments of high tension in the game. After the match party, you have to communicate and get along. Be quiet, I don’t like it, “he said.

Finally, Koeman denied that LaLiga Santander teams have lost weight in Europe. “It’s a moment. The Spanish teams, for various reasons, have not been able to win. We are missing the matches of Madrid and Atlético, Villarreal won the other day … The Spanish teams are strong, we cannot draw conclusions of this type” , he concluded.