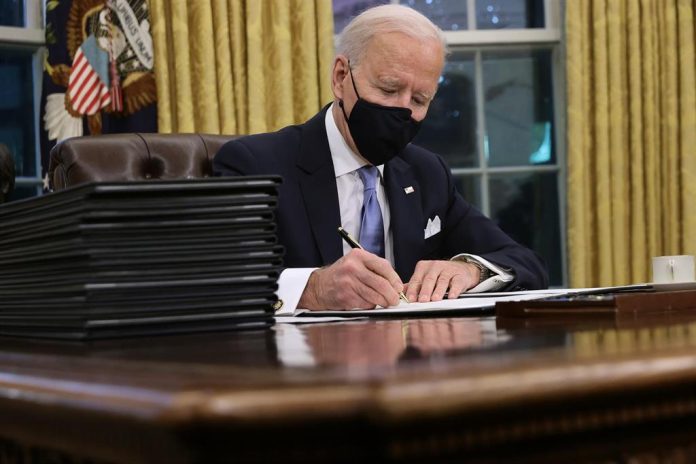 The United States Government maintains that the President of Venezuela, Nicolás Maduro, is a “dictator” and, therefore, rules out that there may be a “direct contact” with his Administration in the short term, among other reasons because it considers that the opponent Juan Guaidó he is the “interim president” of the country.

The United States was the first country to recognize Guaidó as the ‘in charge’ president of Venezuela in January 2019 and, despite the arrival of Joe Biden to the White House, it will continue along the same lines. Thus, it does not consider the parliamentary elections called by Chavismo in December valid either and maintains that Guaidó and his National Assembly – “the last remaining democratic institution” – are still the legitimate powers.

The spokesman for the US State Department, Ned Price, has pointed to Maduro’s “repression, corruption and mismanagement” as responsible “for one of the most serious humanitarian crises the Western Hemisphere has seen, and that Washington continues to defend a “peaceful democratic transition” in Venezuela.

This transition goes through “free and fair presidential and parliamentary elections,” “to help Venezuelans rebuild their lives and their country,” in Price’s words. “Venezuelans have the right to democracy and to a government that promotes and defends it,” he added at a press conference.

According to Price, Biden has promised protection for the fled Venezuelans and sanctions against the Chavista leaders “implicated in corruption and human rights abuses,” which invites us to rule out, at least for now, that there may be direct contacts with the Venezuelan authorities.

Maduro has raised this possibility after the presidential change in the United States, but the State Department has stressed that for now the strategy will continue to be to work together with the “allies”, both in the Americas and in Europe. In this sense, Price has cited forums such as the Organization of American States (OAS) or the Lima Group.

The position of the United States differs from that of the European Union, which chooses to speak of Guaidó as a “privileged interlocutor” and to leave any additional consideration in the hands of each of the member states.