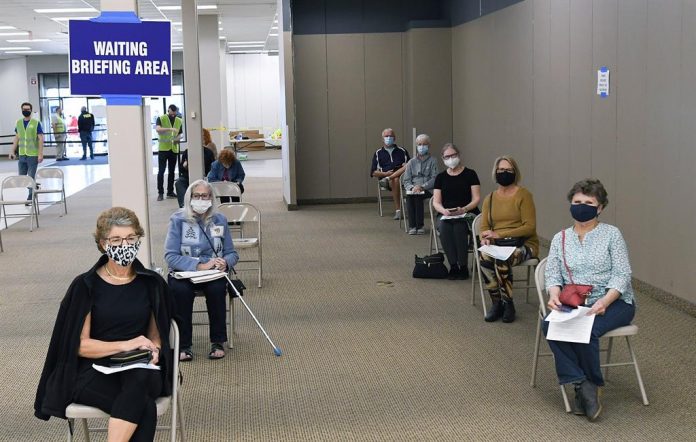 More than 26 million people have been infected with the coronavirus in the United States, which, after months immersed in the inoculation campaign to immunize the population against the disease, has registered more vaccinated than cases of COVID-19.

As of this Monday, more Americans have received a dose of the vaccine than have been infected, since 26.5 million people have received one or both doses of the immunization, according to data collected by the Bloomberg Vaccine Tracker , compared to the 26.3 million people who have tested positive.

The United States has been administering an average of 1.35 million doses per day since vaccination began six weeks ago, although this represents that only 1.8 percent of Americans have completed both phases and 7.8 percent is in the middle.

According to figures collected by Johns Hopkins University, 26,317,525 Americans have contracted the disease, making it the country most affected in the world by the pandemic, of which 443,361 have died.

The seven-day average of new coronavirus cases in the country has dropped to 144,861, while the daily average of deaths has also dropped to 3,135, according to the Covid Tracking Project.

Nearly 95,000 people have been hospitalized across the United States from the disease and nearly 19,000 patients are in the ICU, of whom 6,291 are on a ventilator.

The state of New York, one of the worst hit by the pandemic, has detected 8,508 cases of COVID-19 this Monday, the first time that the daily infection figures are below 10,000 positives since the end of December, as highlighted by the state governor, Andrew Cuomo, through his Twitter account.