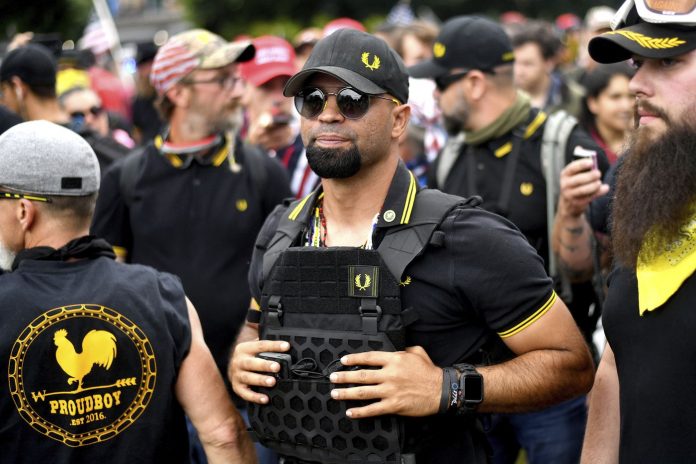 The leader of the far-right group Proud Boys, Enrique Tarrio, who was arrested days before the assault on the Capitol in Washington, has collaborated as an informant since 2013 with the FBI and the Miami Police, after his arrest that year and in order to get his sentence reduced for the federal crimes he had committed.

According to a judicial transcript to which NBC has had access, Tarrio, a 36-year-old Cuban-American, was, “from the first day, the one who wanted to speak to the Police,” according to his lawyer, he told the judge during a hearing. court held in 2014, two years before Proud Boys was founded, in which he himself pleaded guilty to theft and illegal trafficking of products to treat diabetes.

During that process, Tarrio’s defense explained to the judge that thanks to their “significant cooperation”, the FBI and the authorities were able to arrest a dozen people related to drug trafficking and gambling, which meant a reduction of his sentence of 30 to 16 months in prison.

Tarrio was arrested on January 4 in Washington, two days before a demonstration in support of Donald Trump took place, which ended up leading to the assault on the Capitol, when he was charged with a crime of destruction of property, when he stole from a church and burned, as he himself admitted, a banner with the slogan ‘Black Lives Matter’.

When Tarrio was intercepted by the police upon his arrival in Washington, the agents found in his vehicle several modified chargers of high caliber weapons, for which he was also charged. Although he did not participate in the riots, five other members of his organization have been arrested for these events, including Joseph Randall Biggs, another of the leaders.

Proud Boys acquired special relevance during the presidential debates after Trump, who already suspected his theories on electoral fraud, thanked them for their support and recommended that they remain “awaiting” the development of the elections. Later he publicly condemned them and attributed their comments to a slip.