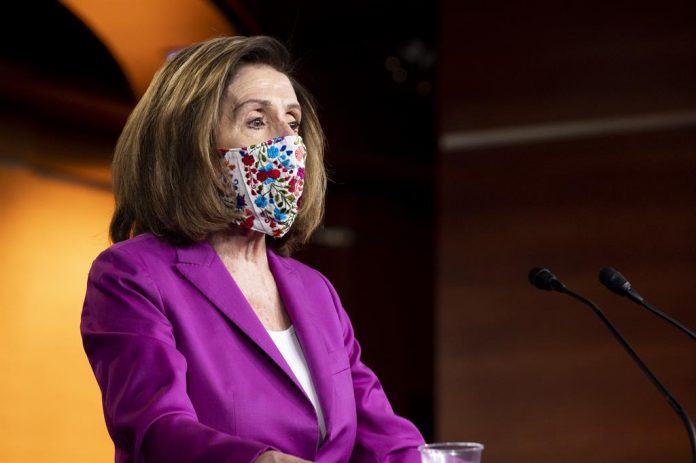 “Unfortunately, the person who is in charge of the Executive is a deranged, dangerous and out of control president,” Pelosi said during the advance of an interview that CBS will broadcast on Sunday, a day before, at the earliest. , of the presentation of the request for a new impeachment against the president for encouraging the incursion into Congress.

Pelosi acknowledged that Trump has a few days left of a term that expires on January 20, “so there is little left for us to be protected from him (Trump) but he has done something so serious that they should be charged,” she added.

The Democratic leader requested this Friday to the president of the Joint Chiefs of Staff of the Army, Mark Milley, to “restrict” the access of the outgoing president to the “launch codes” of nuclear weapons.

“I spoke this morning with the chief of staff of the United States to discuss how to prevent an unstable president from carrying out hostile military actions,” she has qualified.

In a letter in which she has informed Congress on the matter, Pelosi has asserted that the situation “could not be more dangerous” and that it is necessary “to do everything possible to protect the American people from the” assault on the country and democracy.

Previously, and during the writing of the impeachment proposal, Pelosi had demanded the president to present his resignation, something that Trump is not willing to do. Furthermore, according to ‘The New York Times’, Trump regretted the video published on Thursday in which he advocated a peaceful transition between administrations.