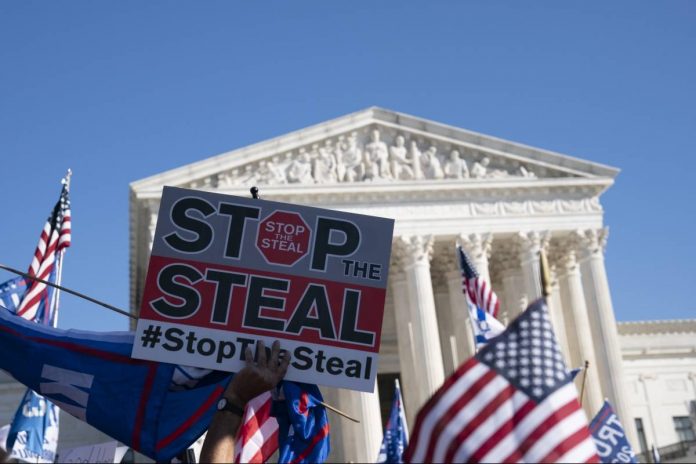 The outgoing president of the United States, Donald Trump, has suffered a new setback in his judicial offensive to try to challenge the triumph of Joe Biden in the elections of November 3, when he saw his actions against the victory of the Democratic candidate in Wisconsin frustrated by just 21,000 votes.

A Chicago appeals court has unanimously rejected Trump’s attorney’s argument that the Wisconsin Election Commission violated the U.S. Constitution due to measures introduced by the coronavirus pandemic, such as making voter photographic identification more flexible, according to the Politico news portal.

Judge Michael Scudder, appointed at the time by Trump, has considered that the changes alleged by the still tenant of the White House were not relevant enough to consider them a violation of the Magna Carta.

In addition, Scudder – who has been a speaker for a court made up of two other judges, all of them appointed by the Republican Party – has reproached Trump for denouncing these alleged irregularities once the presidential elections have been held.

“The president had the opportunity to present this case before the elections. Having lost that opportunity, now – after the electoral results have been certified as final – he cannot raise these challenges,” he maintained.

That latest blow came when the Supreme Court is still silent on the actions of Trump’s legal team to also challenge the electoral result in Pennsylvania. The New York magnate’s lawyers had urged the high court to rule last Wednesday, but they did not.

Trump has filed numerous appeals in the US courts to try to invalidate Biden’s victory, which he considers a “fraud”, despite the fact that it has already been confirmed by the Electoral College.

Toronto FC will be the team to beat; Villa, the star; Boat the great signing