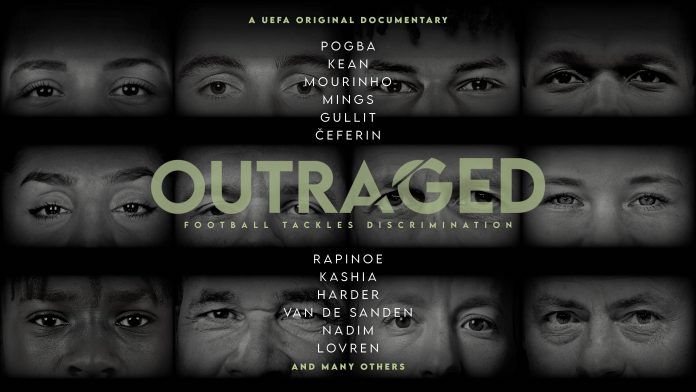 UEFA presented this Wednesday on its television channel ‘Outraged’ (‘Outraged’), a documentary that it has produced and in which football personalities speak of their own personal experiences of racism and discrimination.

Furthermore, Pernille Harder, Lucy Bronze and referee Stéphanie Frappart explain how they have fought and continue to fight against sexism and discrimination to reach the top of women’s football, while José Mourinho and Ruud Gullit also participate in a documentary that explores ” the complexities of discrimination in the global nature of the game, whether for ethnic reasons, gender, religion, sexual orientation or refugee background, “said the continental body.

“It is very important that male and female players speak clearly. They are the ones who suffer discrimination. We have to talk to those on the pitch who feel the discrimination first hand,” says UEFA President Aleksander Ceferin , in an interview filmed for ‘Outraged’.

The Slovenian leader recalls that “football is something that billions of people around the world follow” and that for this reason they must “show that discrimination is wrong”. “We have to be the role model. If there is any industry in the world that can do that, it is football,” he said.