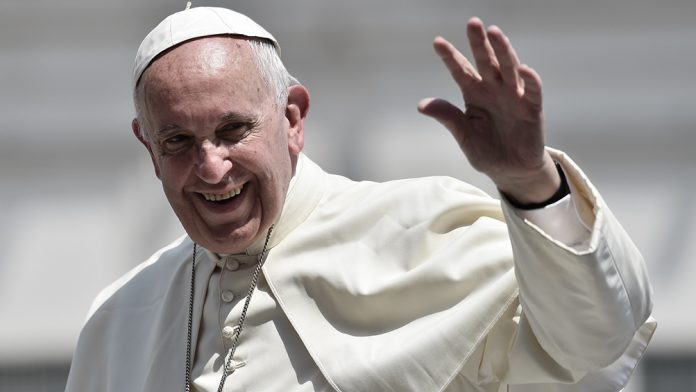 Pope Francis turns 84 this Thursday and it will be the eighth birthday he celebrates since he was elected Pope, a celebration that this time will be marked by the new coronavirus pandemic originating in the Chinese city of Wuhan.

Although no special event appears on the Vatican agenda this Thursday, it is foreseeable that the Pope will celebrate it by working, as in previous years, complying with his usual appointment schedule.

On his previous birthday, Bergoglio received thousands of emails, messages on social networks and letters of congratulations, from citizens and religious leaders, also from Pope Emeritus Benedict XVI.

In recent years, Francis has not stopped asking to pray for him and has also shown his desire for an “old age”, seat of wisdom, “calm, religious, fruitful and joyful”, as he expressed during Mass with the Cardinals on December 17, 2016.

This Thursday will be his eighth birthday inside the Leonine Wall, but he spent many of them on the other side of the Atlantic Ocean, in his hometown, Buenos Aires (Argentina).

Bergoglio, born in 1936, the son of Piedmontese emigrants, has a passion for music, particularly for the Opera, which he continued on the radio every Saturday morning, and for football.

He studied and learned various trades and later graduated as a chemical technician, but the horizon of his life changed and in 1958 he entered the seminary choosing to make his novitiate among the Jesuit Fathers. It was during this period that a nurse saved his life by convincing a doctor to give him the correct dose of antibiotic to treat pneumonia.

In 1969 he was ordained a priest. That day, his grandmother Rosa gave him a letter, addressed to all of his grandchildren. The young Jorge Mario kept it in the breviary: “Have a long and happy life. But if in a few days pain, illness or the loss of a loved one fill you with despair, remember that a sigh before the Tabernacle, where it is the greatest and most venerable martyr, and a glance at Mary, who is at the foot of the cross, will be able to drop a drop of balm on the deepest and most painful wounds “.

On March 13, 2013 Bergoglio became the first Pope to come from the Americas, the first Jesuit and the first to choose the name of Francis, as the Saint of Assisi who cared for the poor, the least, the sick and the creatures of Earth, the same concerns that are marking your pontificate.