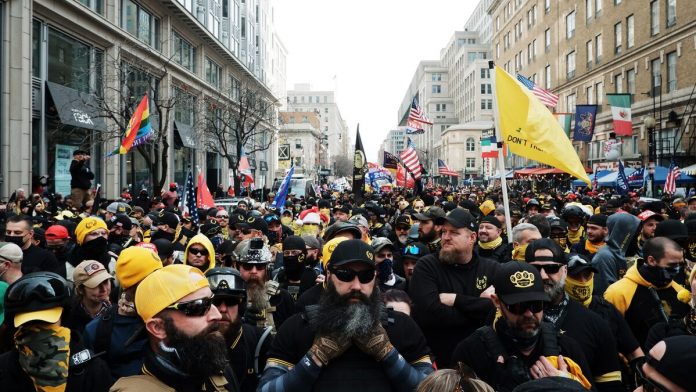 Among the wounded there is one by bullet, four by knife and two policemen.

Ten people have been injured in different clashes in the cities of Washington DC and Olympia between groups of protesters who support the president of the United States, Donald Trump, and his detractors.

The police have been forced to intervene to disseminate the gangs in some altercations that have resulted in ten injured, including two policemen, whose lives are not in danger, and four injured by a knife, all in critical condition, according to ABC News.

The security forces have arrested 22 people, ten for assault, six for assaulting a police officer, four for vandalism, two for crossing a police cordon and one for possessing a prohibited weapon.

The groups have thrown firecrackers at each other and stun guns and pepper spray have been used in the riots. The clashes have escalated as night falls near Plaza Las Vidas Negras Importan, renamed after protests for racial equality that filled the country’s streets this summer.

Before the incidents, thousands of protesters had protested against the alleged electoral fraud that would have caused Trump’s defeat against Democratic candidate Joe Biden in the presidential elections on November 3, a fix that neither the president nor his supporters have found. no proof.

Similar incidents have also occurred in the city of Olympia, in the state of Washington, in the northwest of the country.

The gunshot wounded is a leftist protester who has been shot by a Trump supporter, according to ‘The Seattle Times’.

According to statements by the local police to the NBC television network, both sides were “heavily armed” for the confrontation.