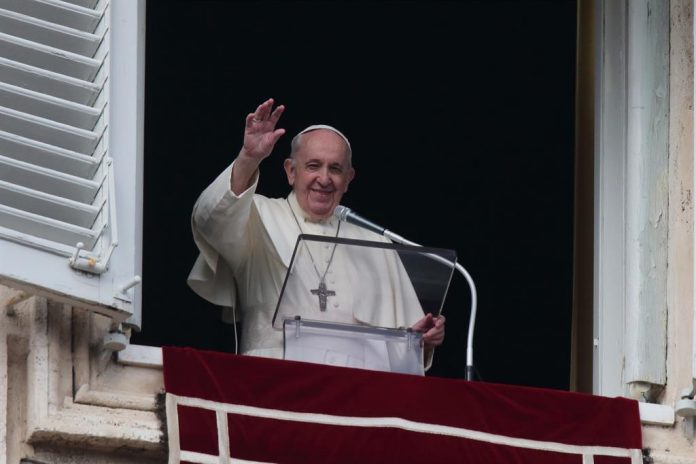 The Pope recalled, before the few pilgrims who have come to St. Peter’s Square in the Vatican to listen to the Angelus this Sunday, that “there is no pandemic or crisis that can extinguish the light of God,” while urging to go “to the meaning” of the tree and the manger, which are the “signs of hope” of Christmas, and to “hold hands” with the people who need it most so that Christ may be born again.

“There is no pandemic or crisis that can extinguish the light of God (*) Let us take the hand of those who are most in need so that Christ may be born again in our midst,” the pontiff stressed.

During his Sunday prayer, Francis reflected on the itinerary of conversion as a result of the search for God and his kingdom, which means “to change direction” and “to change one’s way of thinking.” Thus, he has stated that this implies a rejection of everything that is linked to “sin”, that is, “the worldly mentality, excessive attachment to comforts, pleasure, well-being, wealth.”

In the same way, it has stressed that conversion is “a Grace” that comes from God and that “no one can do it with their own strength.” In addition, he also stressed: “Remember the tenderness of God. God is not a bad father, he is tender. He loves us very much.”

The Pope has continued his catechesis on conversion by emphasizing that the “abandonment of comforts and worldly mentality is not an end in itself”, but aims to achieve “the kingdom of God”, “communion with God” and “friendship with God.”

Francisco has recognized that this “is not easy” because there are many “ties” that keep people close to sin, such as “inconstancy”, “discouragement”, “malice”, “bad environment” and “bad people examples “.

In this sense, he has warned of “a mediocre existence” in which the temptation is felt to “say that it is impossible to truly become”. And he has invited to open up “to the beauty, goodness and tenderness of God” who leaves behind “the false and the ephemeral” for “the true, the beautiful and the lasting.”