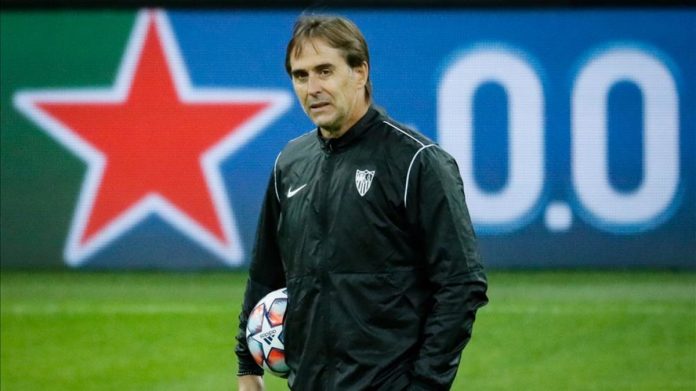 The coach of Sevilla, Julen Lopetegui, assured this Friday that Real Madrid, his rival this Saturday, “is even more dangerous” when it finds itself in delicate situations such as the one it is going through today, and therefore they must be “prepared to give a response to such a great demand “will be before them.

“Real Madrid is always dangerous and in these situations even more. It always has an answer for many situations and in these it receives feedback and is capable of giving a high level, and that is what I hope, a strong Real Madrid and that without any doubt he is going to demand our best version. We have to be focused on that, “Lopetegui said at a press conference.

The sevillista coach indicated that they face the meeting “with the logical illusion” of what they have “ahead” and of “being able to compete for those three important points” against a rival who already knows “the level they have.”

“We have three points ahead of a great team and that is the importance I give to each game, I do not give exception to this. We are aware of the importance of the rival and that now it is much more dangerous so we have to be prepared to respond to the great demand that he is going to propose to us, “he reiterated.

The Asteasu team remarked that the Madrid team is “absolutely complete in all situations and game alternatives” and did not give importance to the possible loss of Sergio Ramos because “whoever he plays with is going to put up a spectacular and great team without any doubt. “.

Nor did he want to overvalue the future of Zinédine Zidane because “they are more things of the press than of the professional world.” “I do not have an opinion for one side or the other. It is a very well managed club and I refer to the tests with the successes it has achieved in recent years,” he said.

Lopetegui made it clear that he is not “pending” what has been said about his bet for last Wednesday’s game against Chelsea because he has to focus “on other more important things” on which to focus such as the Madrid visit.

In this sense, he downplayed the win against the English team and preferred to use the adjective “illusion” rather than another for the clash against the current champion. “We play every three or four days and you have to be prepared to turn the page quickly both in positive and less positive situations. In situations that we win and in those where you don’t have to turn the page quickly because the calendar and competitions demand it. People are excited, motivated and eager, “he stressed.

“VACLÍK WILL BE AWAY FROM THE FIELDS FOR A TIME”
“I already made an assessment on Wednesday. The team we put in we always do it thinking about winning the game and managing many circumstances that we have on a daily basis, but we always face the games in the best possible way,” he added before possible criticism for his eleven.

In addition, the Sevilla coach stressed that “Sevilla fans are always missed.” “We have to try to do our best for us and for them because even if they are not there, they are in spirit and encouraging from home and we are aware,” he commented, remembering that they will not be able to count on “that small advantage of having your field full and that extra push. “

Finally, Lopetegui confirmed that Tomas Vaclík is “injured” and that he will be “away from the fields for a while”, although he did not speak of a possible signing in the goal in the winter market because this is “very far”, and also that Suso already he trained “normally” and could have minutes again.