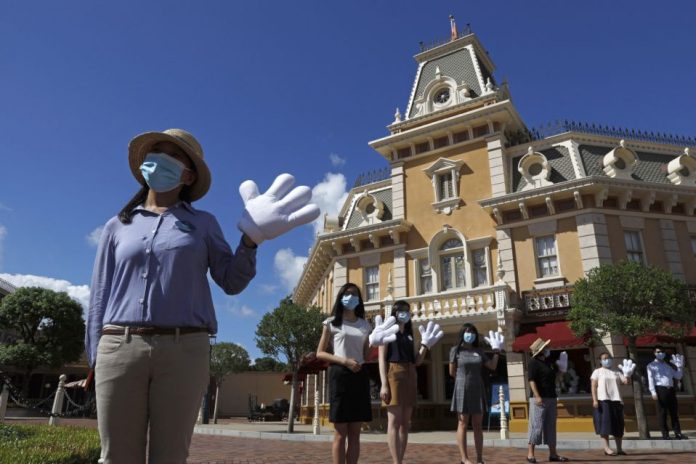 The Walt Disney Company will dispose of around 32,000 employees in the coming months, mainly employed in the multinational’s leisure park business, as reported by the company, which last September had announced the cut of 28,000 jobs as consequence of the impact of the pandemic on their activity.

“Due to the current climate, including the impacts of Covid-19 and the changing environment in which we operate, the company has generated efficiencies in its staffing, including limiting hiring for critical business roles, suspensions and adjustments,” The multinational has indicated in a filing registered with the US Securities Market Commission (SEC).

“As part of these measures, the employment of approximately 32,000 employees, mainly in Parks, Experiences and Products, will end in the first half of fiscal year 2021,” said the company, whose fiscal year 2021 runs since last October and until September 2021.

Likewise, the multinational warns that it is possible that it will adopt additional measures in the future to mitigate the impact of the crisis, including obtaining additional financing; the interruption of the payment of future dividends; reduce, or not make, certain payments, such as some contributions to our retirement and retirement medical plans; further suspend capital spending, reduce investments in film and television content; or implement additional licenses or reductions in the workforce.

The multinational’s ‘red numbers’ reflected the substantial adverse impact of Covid-19 on the company’s businesses most exposed to restrictions, such as amusement parks and cruise ships, as well as film premieres.

In this way, Disney’s income for the year as a whole registered a decline of 6% compared to the previous year, to 65,388 million dollars (55,347 million euros).

In this sense, the multinational highlighted that by the first year of its entry into service, the Disney + platform had reached 73.7 million subscribers, to which it added another 10.3 million paid users of ESPN + and 36, 6 million Hulu subscribers.