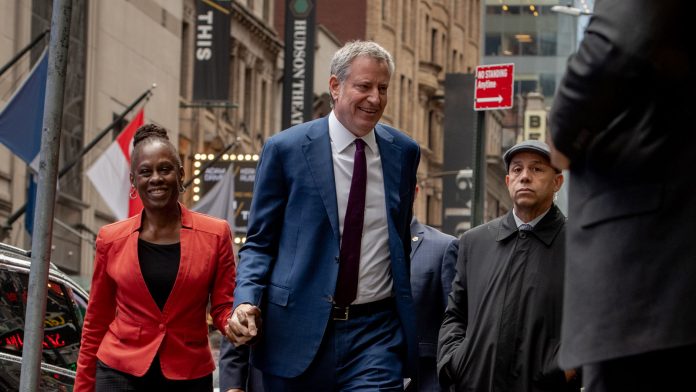 The mayor of the city of New York, Bill de Blasio, has urged this Friday to “re-evaluate” the closure of bars and restaurants in the homonymous state, the day the closure order goes into effect at 10:00 p.m. (local time) ) of these establishments to stop the pandemic.

“Even though the state makes the final decisions here (in the city) on matters of the industry, I am well aware of the fact that we have to keep people’s livelihoods in mind,” he said in an interview. radio.

De Blasio has focused on the fact that the closure of this type of facilities cannot make the public think that it is “the magic solution” to the problem represented by the COVID-19 pandemic, and has stressed that the tracking of cases carried out by the New York health authorities do not indicate the impact of these places on the contagion figures.

Instead, the mayor of New York, who warned this week that a second wave is “imminent” in the city, has suggested that a travel ban would have a much more significant impact on the future response to the pandemic.

“We talked about restaurants or gyms, but it would be much more decisive if we could successfully limit travel and indoor meetings,” he said, as reported by CNN television.

De Blasio has also asked New York parents to “prepare” for schools to close face-to-face classes as close as Monday. “Parents should have a plan for the rest of November,” he warned.

Thus, he has detailed that the doors of schools will be closed when the rate of diagnostic tests for COVID-19 reaches 3 percent. The average has risen in seven days to 2.83 percent, from less than 2 at the beginning of the month. “It has come quite close,” he said.

New York colleges began to reopen in September with a hybrid model between distance and classroom education. Most parents, as reported by the Bloomberg news agency, chose to keep their children at home.

In addition to the closure of bars, restaurants and gyms at 10 p.m., New York State Governor Andrew Cuomo announced that, starting this Friday, private social gatherings, including those held at homes, will be limited to a maximum of ten people.

New York State was the epicenter of the coronavirus pandemic during the first wave of infections. Currently, it is the fourth most affected state and has more than 545,000 infections, including about 34,000 deaths.

The United States is the country hardest hit by the COVID-19 pandemic in the world, both in number of infections and in number of deaths from the disease.

The North American nation has registered in recent days the worst case data of the entire pandemic and marks its new daily record on this balance, with 153,496 infections in 24 hours, which accounts for 10.5 million in global terms. Deaths from COVID-19 on US soil stand at 242,430.