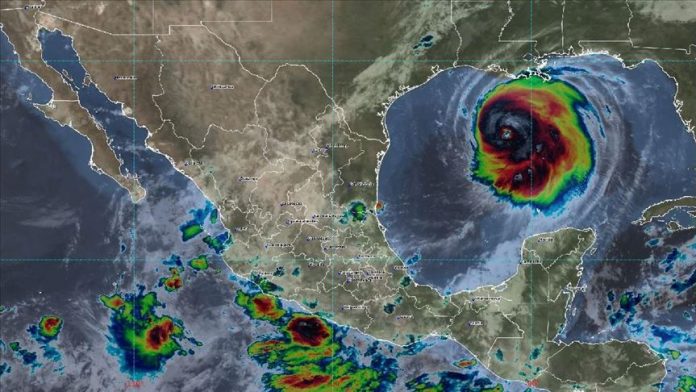 Hurricane ‘Laura’, which made landfall this early Thursday off the coast of Louisiana as an “extremely dangerous” category 4 cyclone, on the Saffir-Simpson scale of five, has left at least four dead in the United States. .

According to information from the CNN news network, all of them – among whom is a 14-year-old adolescent – have died because of the fall of several trees.

“I fear that as we carry out primary and secondary searches we will find more fatalities,” lamented the state governor, John Bel Edwards, who has expressed that he hopes “that this is not the case.”

The National Hurricane Center (CNH) has asserted that the “potentially catastrophic impact” will continue for the next few days and has warned of extremely strong winds and intense flooding.

Edwards has thus asked residents to remain in their homes and “continue to follow the instructions of local authorities.”

The cyclone has also caused a leak at a chemical plant in southwestern Louisiana. According to the governor, firefighters have taken hours to find the problem in question due to the plant’s infrastructure and the presence of numerous cables.

The storm entered the North American country shortly after 1.00 (local time) in the town of Cameron, located about 220 kilometers from the Texas city of Houston. Meteorologists estimated that it was blowing with maximum sustained winds of 240 kilometers per hour, although hours later they have dropped to 120 kilometers per hour.

EVACUATIONS TO PREVENT DRAGS
In anticipation of possible havoc, authorities in Louisiana and Texas have ordered the evacuation of more than half a million people. The CNH had warned that it may be “impossible to survive” the power of the storm and anticipated “catastrophic damage” along 200 kilometers of coastline, where the sea could eat up to 60 kilometers of land.

“These numbers are unimaginable, to think that there will be a wall of water of more than two floors coming towards the coast. It is very difficult to assume”, has admitted the chief meteorologist of Louisiana, Benjamin Schott, in a press conference in which he anticipated that some neighborhoods may be “unrecognizable”, according to the DPA agency.

Some authorities such as the mayor of Lake Charles (Louisiana), Nic Hunter, have expressed concern about the possibility that not enough people have been evacuated from the coastal areas. Hunter has launched “one last desperate attempt” to get the population out of the city in an hour.

The White House has assured this Thursday in a statement that the president, Donald Trump, is aware of the evolution of events and is committed to providing federal aid to all regions and communities that may be affected.

In addition, the president plans to visit Louisiana and Texas throughout the weekend, a decision that has been applauded by the authorities of both states.