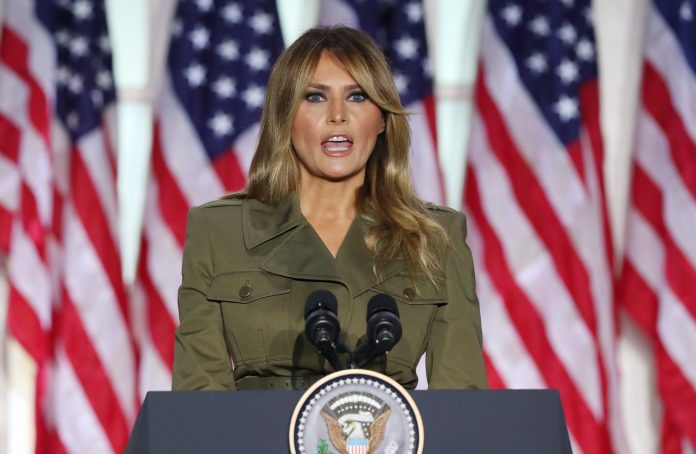 The first lady of the United States, Melania Trump, has come out in defense of her husband this Tuesday and has assured that the country “needs now than ever” her leadership, in the speech she has given during the second day of the Republican Convention, in the that the tenant of the White House has also counted on the words of support from other members of his family, his children Eric and Tiffany.

“In my husband you have a president who will not stop fighting for you and your family. I see how hard he works day and night and despite the unprecedented attacks from the media and the opposition, he will not give up. In fact, if you tell him It can’t be done, just work harder, “Melania said.

“He is the best for our country. We all know that Donald Trump does not keep secrets about how he feels about things. Total honesty is what we as citizens deserve from our president, like it or not, you always know what he is thinking. “, said the first lady.

In her long-awaited speech, Melania Trump has defended four more years for her husband at the helm of the White House, which would be an honor, she said, since he “does not waste time playing politics”, but only seeks the ” prosperity “and” success “for America.

“I think we need my husband’s leadership now more than ever to bring us back once again the largest economy and the strongest country ever known,” said Melania, who also highlighted “all the support” that Trump gives him in everything it does.

The first lady has also had words of comfort for the victims of the new coronavirus pandemic in the United States, which already has more than 5.7 million cases and close to 178,500 deaths.

“My condolences to all who have lost a loved one and my prayers are with those who are sick or suffering. I know that many people are anxious and some feel helpless. I want you to know that you are not alone,” he said. said Melania, who has promised that her husband “will not rest until he has done everything possible to take care of all those affected by this terrible pandemic.”

At the same time, he has thanked, on his behalf and that of Trump, who was present during the speech held in one of the White House gardens, the work of the workers who have performed in recent months on the front line in the face of the pandemic, since “despite the risks”, they put the country before their own security.

Trump, who had been the object of attacks during the Democratic Convention a week ago in which Joe Biden was confirmed as his candidate for the elections on November 3, has found the unconditional support of his family on Tuesday, such as It could not be otherwise.