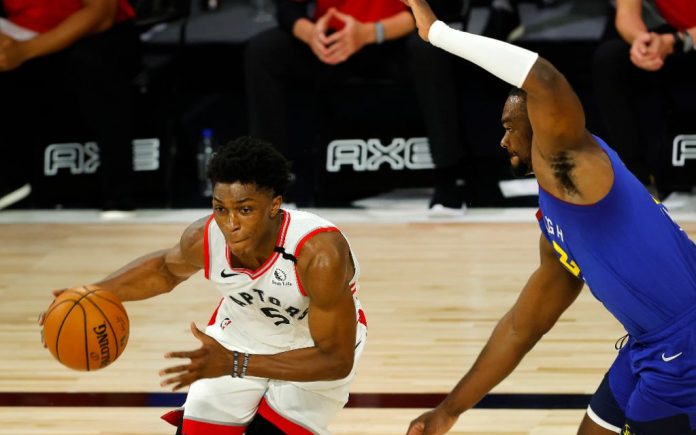 Toronto Raptors beat (117-109) this Friday the Denver Nuggets in their last game of the NBA qualifying round in the Orlando ‘bubble’, which closed with a great 7-1 before starting the ‘playoffs’ against Brooklyn Nets.

The defending champion already knew his rival in the first round of the Eastern Conference series, second in the table, bound for the ring, since his win on Wednesday against the Philadelphia 76ers. For this reason, Nick Nurse gave rest to Kyle Lowry, Fred VanVleet, Pascal Siakam or the Spanish Serge Ibaka.

Despite the rotation, the Raptors were a reliable, effective and, above all, hardworking team on defense. From the rent they got in the first quarter (23-31), the difference with which they won the game ended up, also with a few minutes from Marc Gasol. The Spanish pivot played 16 although with great contribution.

Stanley Johnson (23 points) was the top scorer for the Raptors and the game, against the Nuggets who also rotated. The Denver team knew they were third in the Western Conference and they will meet the Utah Jazz in the first round of the playoffs.