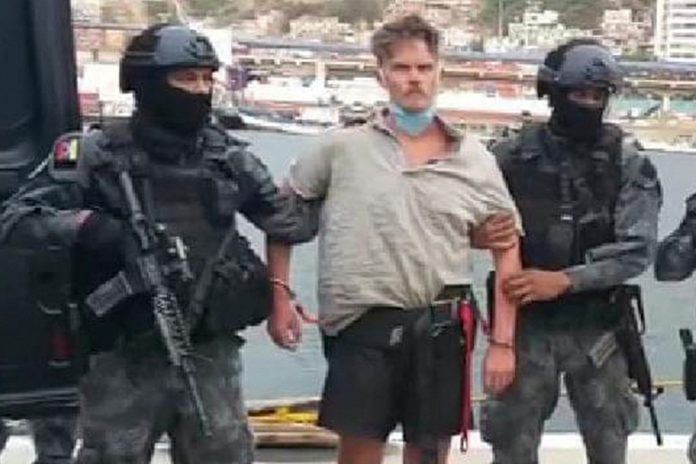 The former US Green Berets Luke Denman and Airan Berry have been sentenced this Saturday to 20 years in prison by the Venezuelan Justice for their involvement in ‘Operation Gideon’, an alleged opposition plan to overthrow Nicolás Maduro with a military intervention that It would have resulted in a failed naval incursion on May 3 in La Guaira.

As confirmed by the attorney general of Venezuela, Tarek William Saab, both have been convicted after having “admitted their responsibility in the events” that occurred.

“They admitted to having committed crimes of conspiracy, association, illicit trafficking of weapons of war and terrorism,” the prosecutor said on his Twitter account, where he indicated that these crimes are classified in the Criminal Code of the Caribbean country.

The two US citizens had been under house arrest since former US Governor Bill Richardson traveled to Venezuela in late July to intercede for them with the Venezuelan president. However, the American diplomat did not achieve his release.

Relations between Venezuela and the United States have been broken for years. Maduro accuses Washington of trying to launch a military intervention in the Caribbean nation to seize its natural resources and the Donald Trump Administration labels the Venezuelan president as a “dictator.”

Despite this, Maduro has repeatedly offered Trump a dialogue based on respect between sovereign states, while the United States has outlined a plan for a “peaceful transition to democracy” in Venezuela. At the moment, both offers have been rejected by their respective recipients.

OPERATION GEDEON
According to Maduro, “a group of mercenaries and terrorists” trained in Colombia with the support of the United States tried to enter Venezuela on the coast of Macuto at dawn on May 3, but they ran into Venezuelan troops. At least eight died and more than 30, including two Americans, were arrested.

The Venezuelan Prosecutor’s Office maintains that the naval incursion is part of Operation Gedeón, which it defines as a new attempt by the self-proclaimed “president in charge” of Venezuela, Juan Guaidó, to overthrow Maduro by military means, for which he would have signed a contract of 212 million dollars with Silvercorp.

Guaidó, like the United States and Colombia, has completely distanced himself from the naval incursion and has accused ‘Chavismo’ of setting up a new “pot” (assembly) to divert attention from internal problems, among which the pandemic of coronavirus.