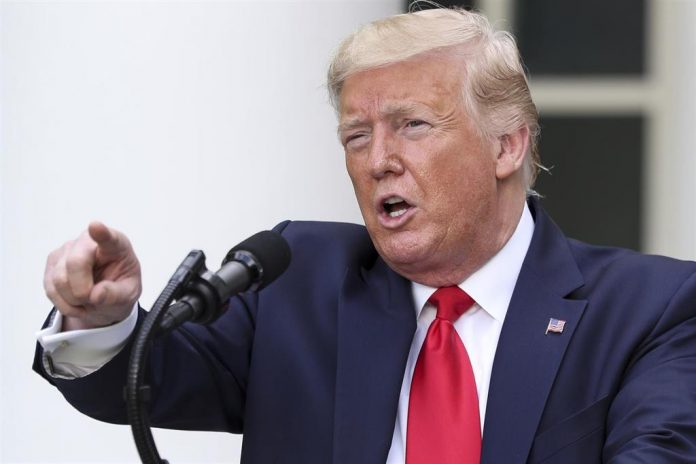 US President Donald Trump has recognized this Thursday that the country has reached a “sad milestone” having exceeded 100,000 deaths from the coronavirus pandemic, which has the United States as the country most affected worldwide, with 1, 7 million confirmed cases.

“We have just reached a very sad milestone when the deaths from the coronavirus pandemic reached 100,000,” the president wrote on his Twitter. “To all the families and friends of the deceased, I want to convey my sincere condolences and love for what these great people meant and represented,” he added.

Trump has once again taken the opportunity to point the finger at China, who he blames for not having managed the pandemic well given that the coronavirus appeared in the Chinese city of Wuhan. “Throughout the world, coronavirus, a very bad ‘gift’ from China, continues to advance. It is not good,” he warned.

In early May, when the country already had more than a million confirmed cases and more than 64,000 deaths, Trump said that “hopefully” the United States would stay “below 100,000 lives lost, which is, however , a horrible number. “

The president, widely criticized by some sectors of society and in particular by the Democratic Party for the management he is taking of the pandemic, this week has claimed his way of acting against it, insisting on holding China accountable.

“For all the trashy politicians out there, if I hadn’t done my job well and soon we would have lost a million and a half or two million people, instead of the 100,000 that we seem to be losing,” he wrote on Twitter. .

As claimed, the death toll would be 15 or 20 times higher if his management had not been effective: “I prevented entry into the country from China too soon!”. “He should have stopped at the place of origin, China, but I acted quickly and have made good decisions,” he defended.