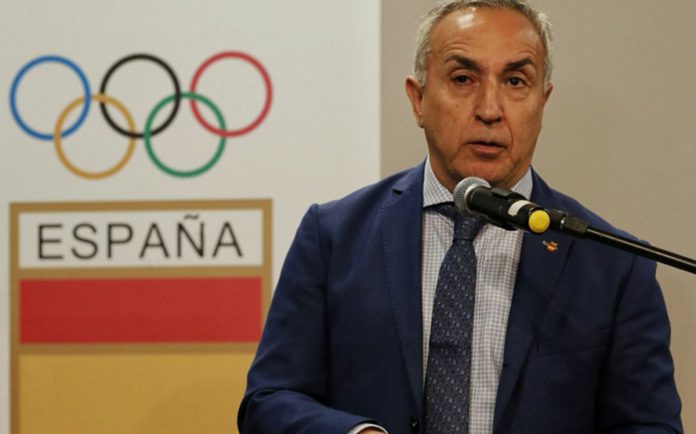 The president of the Spanish Olympic Committee (COE), Alejandro Blanco, affirmed that he has “no doubt” that the Tokyo 2020 Games will be held next year because, according to him, science will win “sooner than later” the COVID- 19, and asked the organizers not to feed “uncertainty” with their statements.

“I have no doubt that there will be Games in 2021. Science will defeat the coronavirus and will defeat it sooner rather than later. I ask for confidence, help, support and that the athletes know that we are with them and that we are going to walk the road together until July 2021 “, said in the talk ‘The great sporting events before COVID-19’ of the virtual conference ‘Conectad @ s’ of the newspaper As.

Alejandro Blanco described the decision to postpone the Games as “very correct” and “mandatory” because, at the origin of the spread of the pandemic, Spanish and Italian athletes were the “most affected”, as he pointed out to the president of the IOC, Thomas Bach. “The problem was that there were athletes who could not prepare well for the Games. The IOC made the best decision it could make. Timely and fair for everyone,” he said.

Given the possibility that the Games would be held without a coronavirus vaccine yet, Alejandro Blanco invited calm. “I think we should go day by day. People who have responsibility should take into account the significance of their statements,” he said, referring to the protests last week by Japanese Prime Minister Shinzo Abe.

“We have always said that we would organize the Olympic and Paralympic Games in a safe and successful way for athletes and spectators. I think that (the Olympic Games) cannot be carried out successfully if the pandemic is not contained,” Abe told the country’s parliament. Japanese.

According to Blanco, the schedule is, first, to recover “normality” and after that the international federations finalize the calendars and pre-Olympics. “As of today they are not closed. To talk about the Games in 2021 we have to have the coronavirus under control, but well before July because the qualifying tournaments could not be held,” he said.

In this sense, he pointed out that if next year they have the “same conditions”, health and the economy will be “destroyed”. “It is better to go step by step, see how the coronavirus is controlled and, from there, make a global comment. If not, the comments create concern in athletes and I do not see it well,” he stressed.

“GAMES WITHOUT A VILLA WOULD NOT BE GAMES”
The Podium programs with Telefónica, Trinidad Alfonso, the Catholic University of Murcia (UCAM) and the ADO in which the COE participates have been renewed and expanded so as not to interfere with the planning of athletes for Tokyo 2020.

“At this time, more than ever, we must be on the side of athletes. What the coronavirus has shown us is that we are vulnerable. We must think about day to day, the key objective of the Games, in training , in the classification … positively, that there are Games, “he reiterated.

Likewise, it considered that it does not contemplate Tokyo 2020 without the athletes staying in the Villa, and not in hotels or residences. “I cannot imagine the Games without the Olympic Village. The Organizing Committee has negotiated with the owners and I cannot imagine Games where people are not together, it would not be a Games, it would be a sum of world championships,” he compared.

He also called the position of the IOC that the condition of standard be shared by two athletes, one male and one female, “right”. “The Spanish sport is an example because in the last two Games it was already in that fifty percent. The flag bearers? It has to be decided by the Board of Olympic federations. I don’t think it is a complicated decision. There are Saúl and Mireia, and Lydia … We have an extraordinary level. Whoever Spain is will be well represented, “he said.

For Blanco, the COVID-19 crisis will change everything, but Tokyo has the opportunity to send a message of hope. “After this crisis that there are some Games, where the 11,600 best athletes are going, is the flame that says we have passed the worst and of excellence. The Games will be more celebrated than ever in history,” he predicted.

Along with Alejandro Blanco, the Olympic high jump champion, Ruth Beitia, and the Project Director of the Trinidad Alfonso Foundation, Juan Miguel Gómez, also participated in the talk. “We do not want to send a victim message. We must fight, we must not stop. We ask the 142 athletes in our program how we can help you so that you do not let your guard down,” he said.

Gomez declared himself “very excited” about the Valencia marathon, scheduled for December 6. “We will not do anything that is not within normality. There are many tests before like Berlin, which has been canceled, London, Paris, Madrid, Barcelona … I do not want to be optimistic or pessimistic. We are working as if there were”, he said .