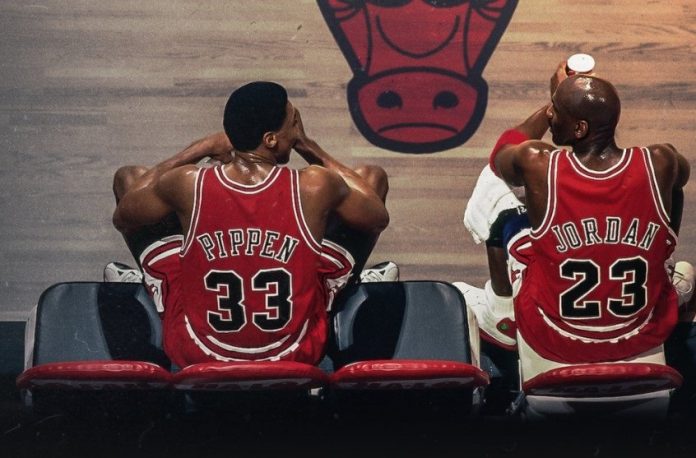 Despite the fact that the coronavirus pandemic has forced the suspension of the NBA, basketball fans have been able to enjoy the first two episodes of The Last Dance, a documentary series that focuses on the career of Michael Jordan, the considered as the best player in history, and his successes with the Chicago Bulls.

The series premiered on Monday, April 20 and features unpublished material from the 1997-98 season, when the athlete was part of the Chicago Bulls. In addition to Jordan, the first two chapters also focused especially on Scottie Pippen and his also meteoric career in the NBA.

Pippen began working as a utility player on the Central Arkansas team and little by little, thanks to his tenacity and talent, he rose from poverty to become one of the key players in the glorious era of the Chicago Bulls and that of the stars. more rutilanes in the NBA.

The launch of the documentary generated numerous comments on Twitter, where many praised the trajectory of the leading stars. Even many of his fellow professionals, many of them stars, posted their impressions through the social network.

“I’m glad Scottie gets the respect he deserves, he was a beast,” said Tristan Thompson of the Cleveland Cavaliers. “I wanted to be like Scottie on the court,” said Garrett Temple, who plays for the Brooklyn Nets.

“Michael Jordan’s last dance is fantastic and I loved both chapters. Young fans who never saw Michael play now understand why he is THE GOAT (The Greatest Of All Time-Best Player in History) of basketball,” Magic Johnson explained.

Dwyane Wade also praised his partner. “MJ had it. He was chosen to be THE GOAT,” said the former Miami Heats player.

The documentary, which is broadcast on Netflix, will add a total of 10 episodes. The production will feature the appearances of other personalities such as Steve Kerr, Bill Wennington or the award-winning coach Phil Jackson.