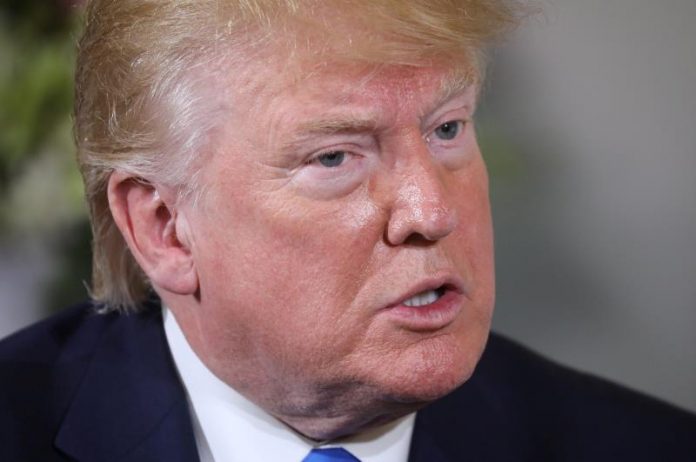 The President of the United States, Donald Trump, arrived at the White House in January 2017, ready to assert what he himself calls the “doctrine of patriotism”, which contrasts with an “ideology of globalization” personified in the United Nations and in its entire system of agencies, which includes the World Health Organization (WHO).

Trump had been anticipating the announcement he finally released on Tuesday when he reported that the United States would suspend payments to the WHO. Although how this will be done – funds are highly dependent on Congress – has yet to be finalized, the message leaves the contributions of the agency’s largest donor in the air.

The United States contributed $ 553 million in 2019 to the WHO global budget, estimated at $ 6 billion. Trump now wants to punish him for his possible mistakes in managing the coronavirus pandemic, in particular for his alleged bias towards China and for trusting his data in the early stages.

The WHO thus adds to a list of grievances that began in 2017 with the United Nations Population Fund (UNFPA), an organization that Trump also left without US funding on the grounds that he supported a forced abortion program in China. , something the agency has always denied.

In 2018, the contempt of the United States jeopardized the continuity of the UN agency that serves Palestinian refugees in the Middle East (UNRWA), appealing to its alleged ineffectiveness. Trump is Israel’s main international ally, whose government calls into question the right of return of these refugees.

The North American Government also froze in 2019 its contribution to the International Civil Aviation Organization (ICAO), to which it demanded greater transparency and has warned that it will generally review all its payments to the UN to ensure that there is a fair distribution of responsibilities. . In the case of peace operations, the United States is not willing to bear more than a quarter of the costs.

DEPARTURE FROM THE Human Rights AND UNESCO COUNCIL
During his years in office, Trump, who will run for re-election in November, has removed the United States from the UN Human Rights Council and the United Nations Organization for Education, Science and Culture (UNESCO). In both cases, the US president has criticized the alleged bias against Israel.

The president has also failed to take communion with many of the agreements promoted internationally, both before and after his arrival at the White House. Thus, Trump did not hesitate to withdraw in 2017 from the negotiations of the Global Compact on Migration promoted by the UN and to break the Paris Agreement against Climate Change, signed during the presidency of Barack Obama.

The nuclear agreement signed in 2015 between Iran and the main international powers, including the United States, also dated from the Obama era. Trump put this text – “the worst in the world” – in his sights already before he was elected president and, after chaining one criticism after another, in May 2018 he announced the final break.

The United States thus distanced itself from a resolution adopted by the United Nations Security Council and which enshrines the commitments of said agreement and reactivated sanctions against Iran, a country that Trump has accused of ultimately pursuing the manufacture of atomic weapons.

The list goes on with the International Criminal Court (ICC), a body of which the United States is not a part but which it has criticized mainly on account of the opening of an investigation into possible war crimes committed in Afghanistan. In the words of the US Secretary of State, Mike Pompeo, the ICC acts out of “political revenge”.