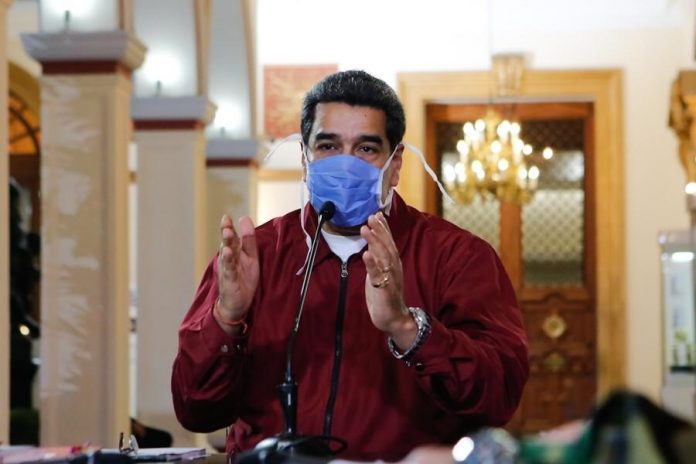 The President of Venezuela, Nicolás Maduro, has sent a letter to the American people in which he calls on the Americans to reconcile and join forces to “put a stop” to the “madness” of the government of the US President, Donald Trump.

Maduro has denounced the launch of a North American naval mission in the Pacific and the Caribbean, according to the Pentagon to combat drug trafficking, and that Venezuela denounces as a full-blown “naval blockade” to suffocate the country. Maduro himself has been accused of “narcoterrorism” by the United States.

“The Trump government, once again instrumentalizing the institutions to achieve its electoral goals, and relying on infamies under the pretext of the fight against drugs, has ordered the largest military deployment in the United States to our region in 30 years, in order to threaten Venezuela and lead our region to a bloody and indefinite war conflict, “says Maduro’s letter.

The President of Venezuela has assured that he has been accused “without showing any evidence” of the charge of “narcoterrorism” despite the fact that the US Department of Defense, the president assures, “demonstrates that Venezuela is not a primary transit country for drugs, as if they are Washington’s allies like Colombia and Honduras, “according to the letter, dated March 3, and published on his Twitter account.

This being the case, Maduro has described the operation as “a smokescreen to hide the erratic and improvised” management of the coronavirus pandemic in his country, where more than 8,500 people have already died and the infections have now exceeded 325,000.

For all these reasons, Maduro calls on the people of the United States “to put a stop to this madness, to hold their rulers accountable and force them to focus their attention and resources on urgent attention to the pandemic.”

“We are not so different,” concludes Maduro, “as they want us to believe with infamy. We are peoples seeking a more just, free and compassionate society. Let us not allow the particular interests of minorities blinded by ambition not to separate.”