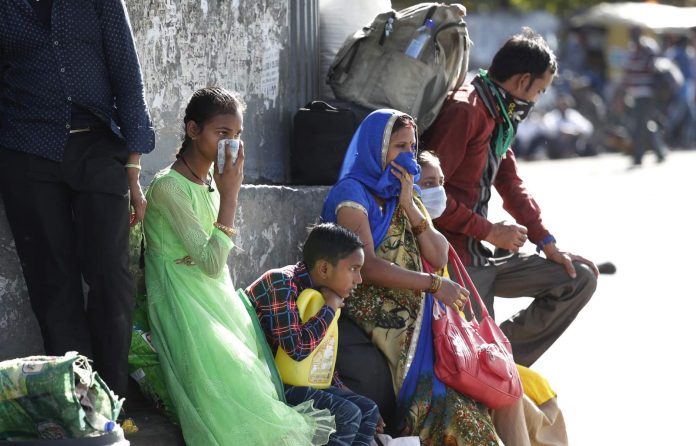 The pandemic of the new coronavirus originated in the city of Wuhan, in the province of Hubei, in central China, already leaves 598,000 infections and almost 28,000 deaths worldwide, mainly due to the explosion of the epidemic in the United States, It accumulates a sixth of the cases, already far ahead of the country of origin, half of them in New York.

According to the global balance updated this Saturday at 08.10 am by Johns Hopkins University, the pandemic of the new coronavirus has spread to 177 countries and territories, leaving a total of 598,245 infected people and 27,762 fatalities. The number of people who have managed to be cured of COVID-19, the disease caused by the coronavirus, amounts to 131,772, most of them in China (75,098).

The four countries most affected by the pandemic (the United States, Italy, China and Spain) total more than 325,000 cases, which represents more than half of the total number of people infected with the virus worldwide.

The growth rate of the new coronavirus pandemic has accelerated sharply in recent weeks. From the start of the outbreak in Wuhan City in November 2019 until the first 100,000 cases were recorded, 67 days elapsed, while the figure of 200,000 positives was reached eleven days later and the figure of 300,000 only four days later.

The 400,000 cases were exceeded on Tuesday, three days after the 300,000 positive number were reached worldwide on Saturday, and this Thursday the pandemic exceeded 500,000 cases, largely driven by the growth of infections in the United States. .

Since Thursday, the United States has been the country most affected by the number of cases, with a total of 104,839 infected people and 1,711 fatalities. The North American country has experienced exponential growth in the last week, with eight consecutive days marking daily growths of more than 5,000 cases, the last two exceeding the figure of 12,000 infections in each of them.

The situation in New York is critical. The last balance on Friday provided by the state governor, Andrew Cuomo, put approximately 44,000 affected and 519 deceased. Cases move from both coasts to the center of the country, so far relatively unscathed, and the disease is expected to hatch in Detroit, San Antonio or New Orleans over the next week.

The other notable event of the last few hours is the growth of infections that has led Italy to occupy the second place in the world in cases. The transalpine country registers 86,498 cases and 9,134 deaths, ahead of the Asian giant that figures its positives at 81,946 positive for coronavirus and its deceased at 3,299. The Asian giant keeps the outbreak practically controlled and counts more than 75,000 cured people.

Spain is in fourth place, with 65,719 positives, 5,138 fatalities and 9,357 people recovered, according to updated data. Spain surpassed China on Tuesday in the number of deaths from the coronavirus and is the second country with the most fatalities after Italy.

The United Kingdom climbs to the eighth country in the world with the most cases, with 14,751, 761 fatalities and 151 patients recovered in a balance characterized by the inclusion of the first world leader ill with COVID-19: the country’s prime minister, Boris Johnson.

Following are Switzerland, with 12,928 cases and 231 deaths, and South Korea, the country that for weeks was the second most affected after China, which now accounts for 9,478 cases, 144 deaths and 4,811 people recovered, after several weeks with the epidemic situation is practically controlled, although like China it keeps its guard up after a rebound in recent days due to the appearance of cases from abroad.

Norway, Australia, Brazil, Sweden and Israel are above the barrier of 3,000 infected people