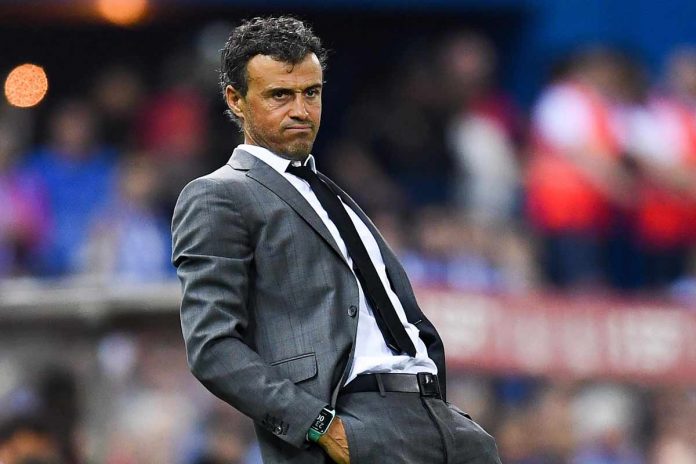 The Spanish coach, Luis Enrique Martínez, has been ambitious and convinced of being able to carry out the challenge of making Spain the winner of another Euro Cup or another World Cup, although he believes they are in “another situation” compared to 2010 in South Africa, where the “best generation” of national football was grouped.

“Win two or three titles? What we have experienced is clearly the best generation of players in the history of Spanish football. They all had a ‘top’ level and in their best ages. We have to take over, another situation,” he said at a press conference with fans through a social network.

However, he assured that he sees the team “qualified to win.” “I have posed it as a challenge and I have never hidden it, but it is evident that we are in a process in which there are more made teams, such as France, and others with tremendous potential. But we are part of the group of teams that can opt for it, “he celebrated.

In addition, he assured that he is still developing the model that should lead them to conquer those titles. “I have had a very big evolution. I have been evolving, developing my game model throughout these years looking for what made me feel better as a coach and I considered that it was better to achieve success. I am very proud of what I have achieved until now but I am very ambitious and I hope to achieve many more things, “he predicted.

Asked about that Euro that had to be played this year and that finally, due to the coronavirus, will take place in 2021, he assured that he sees “well” the group, in which there could be news. “I see the team well. Everything has been postponed until 2021 but being a coach has very positive things, because the players come happy, everyone, and wanting to help and participate,” he said.

In addition, they will play as locals in San Mamés. “Every time I have been to the new San Mamés and before that of a lifetime, the atmosphere has always been bestial. I am sure it will be a very powerful environment, in one of the most beautiful stadiums in Europe and the fans will surely to be with us. We will try to make it like when Athletic plays, and that they take us on the wing, “he said of the atmosphere he expects and wants.

From his beginnings in the selection, in the first stage before the ‘break’ that caused the illness and death of his daughter, he remembers the joy that he took when he was offered the position. “When they called me it was a very beast joy,” he acknowledged.

“It was just after the World Cup in Russia, I was out of work at that time and they told me that they wanted to interview me and we reached an agreement very quickly. It was something that had always made me very excited. I was clear about it, I wanted to, I feel like and I hope to be here for many years, “he predicted.

Little lover of giving clues about his selected ones, he did answer, to a direct question, about the possibility of seeing the ‘lion’ Iñaki Williams in red. “He is a great striker, young man, and he can come. I am delighted that there are more and more players who can join,” he said.

Williams does not fit too much into the current style of play, although it would be good to have a ‘plan B’ of running on the counter attack. “There is no reason to prevent us from scoring a counterattack goal. At some point I hope we can do it. But our style is not to give the ball to the rival and wait. We are a more technical team. We will continue to play football well through the ball, we believe it is the key, “added the coach.

DOOR OPEN TO RETURN TO BARÇA
On the other hand, he acknowledged that he has been lucky not to close any door back in the clubs he has been in and, asked if he would train any of them again, hinted that his best moments were lived among the already demolished Miniestadi and the Camp Nou.

“I have always been lucky in all the teams I have been in, I have left the doors open and I could train any of them again. But my time at Barça B and at Barça was wonderful and I will always be grateful to them” , be sincere.