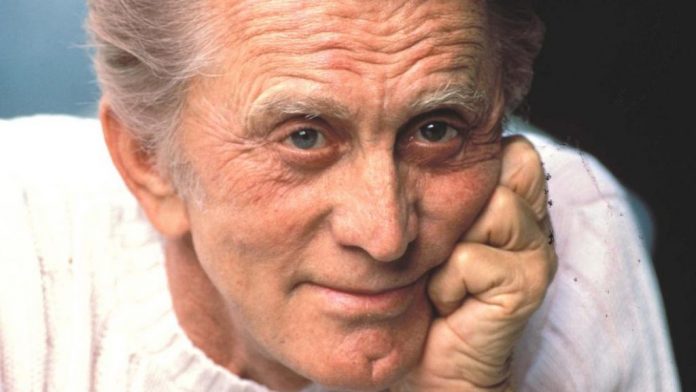 Kirk Douglas, legendary actor of ‘Spartacus’, ‘Paths of Glory’ or ‘The Great Carnival’ has passed away on Wednesday, February 5 at age 103, as announced by his son, Michael Douglas, through a statement on Instagram. According to his agent, the iconic interpreter was “surrounded by his children, grandchildren and his wife of 65 years, Anne Buydens Douglas.”

His death has generated great commotion in the industry and many of his colleagues have wanted to say goodbye to the last icon of golden Hollywood. “For me and my brothers Joel and Peter, he was simply a father, for Catherine, a wonderful father-in-law, for his grandchildren and great-grandchildren, his dear grandfather, and for his wife Anne, a wonderful husband,” said his son Michael Douglas in his social networks.

Catherine Zeta-Jones said goodbye to her father-in-law with an emotional publication. “For my dear Kirk, I will love you for the rest of my life. I already miss you. Sleep deeply,” the actress wrote next to an image in which she appears kissing the protagonist of Paths of Glory.

“Kirk retained his charisma of a movie star until the end of his wonderful life and I am honored to have been a small part of his last 45 years,” Steven Spielberg said in a statement collected by The Hollywood Reporter. “I will miss his handwritten notes, letters and parental advice, his wisdom and courage – even beyond such impressive work – are enough to inspire me.”

Antonio Banderas said on Twitter that “Hollywood has lost a true legend. But its light will continue to shine forever in the cinematic sky.”

Rob Reiner also dedicated a few words on Twitter. “Kirk Douglas will always be an icon in the Hollywood pantheon. He stood at the front to end the blacklist. My love is with my friend Michael and his whole family,” he shared.

“Kirk Douglas was one of the greatest stars of all time and a brilliant actor with an unforgettable and fiery charisma. He will also be remembered for risking his career challenging the Hollywood blacklist, hiring screenwriter Dalton Trumbo for the classic Spartacus,” Mark Hamill said.

Danny DeVito, who worked with Douglas in Pata de palo, also paid tribute. “Kirk Douglas. The inspiring Scalawag. 103 years on this earth. That sounds good! Great to spend time with you, uncle,” he said, remembering his character on the tape.

“Condolences to the Kirk Douglas family. What an incredible icon it was in this industry!” Wrote William Shatner. Another Star Trek actor, George Takei, also joined the tribute. “Legendary actor Kirk Douglas died today at the age of 103. As an actor who won an Academy Award and was awarded the Presidential Medal of Freedom, Douglas was a champion for many just causes and lived a long and historic life. He was loved and loved, and we will miss him. “

Mitzi Gaynor coincided with the actor in Three Heiresses and also celebrated his legacy. “Bravo Kirk Douglas for an incredible life. Thank you for generously sharing your incredible talent with all of us. The film we made together will always have a special place in my heart. My love for Anne and your beautiful family.”

Jason Alexander, who played George Costanza in Seinfeld, confessed to feeling “disconsolate” at the news. “Kirk Douglas was a friend and an absolute legend as a star and as a human. He improved with each passing day. Very honored to have met him.”

Comedian Marc Maron put the comic note at the sad news. “We have lost another one too young. Rest in peace,” he tweeted.

Sportswoman Billie Jean King revealed that Douglas “loved tennis.” “He attended many tournaments and I met him when he played youth tennis in the 1950s. He was a talented actor who really loved his trade. He loved his family even more. Rest in peace.”

The Hollywood Academy recalled a phrase from the actor. “I wanted to be an actor since I was a child. I did a play, my mother made a black apron and played a shoemaker. After the presentation, my father gave me my first Oscar: an ice cream cone.”

“Kirk Douglas, one of the most famous actors of all time and father of actor Michael Douglas, died. He was 103 years old. Rest in peace,” he shared the Twitter account of the Golden Globes.