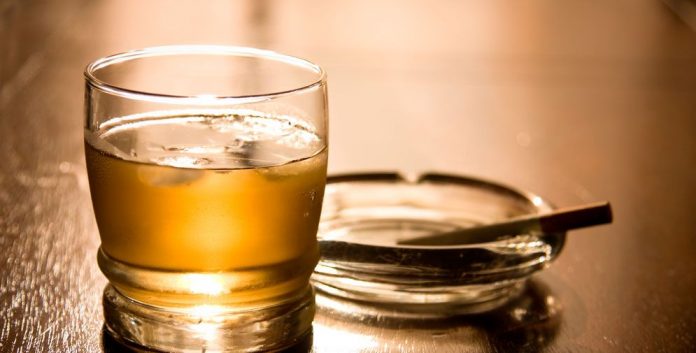 Drinking and smoking daily may be associated with modest increases in relative brain age compared to those who drink and smoke less, according to new research published in the journal ‘Scientific Reports’.

USC researcher Stevens Hall for Neuroimaging Arthur W. Toga and his colleagues at the University of Southern California used machine learning and MRI methods to identify relative brain age in 17,308 individuals aged 45 to 81 whose data were included in the Biobank of the United Kingdom. Relative brain age is the brain age of an individual based on MRI measurements, compared to the average brain age of their peers.

The authors found that in 11,651 individuals on whom information about smoking was collected, those who smoked most or every day had a higher relative brain age than those who smoked less frequently or did not smoke.

Each group of additional years of smoking was associated with 0.03 years of increase in relative brain age. One year of package was defined as smoking a pack of cigarettes per day on average for a whole year.

The authors warn that, in addition to tobacco and alcohol consumption, other environmental and genetic factors may be associated with brain age, so studies in larger samples are needed to further clarify these associations.