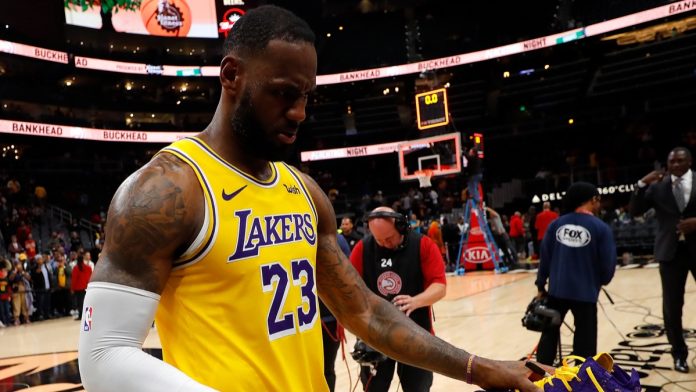 Los Angeles Lakers star LeBron James has been “devastated” by the death last Sunday of Kobe Bryant and eight others in a helicopter crash in Calabasas (California), in addition to promising the former player to continue his “legacy” in the angelian franchise and asking him to take care of him “from heaven.”

“I’m not ready, but here I go. I’m sitting here trying to write something in this post, but every time I try, I start crying again thinking about you, my niece Gigi and the friendship and brotherhood we had! “, begins the emotional publication that he dedicated on the social network Instagram, which accompanied a photo of both at the Staples Center.

In addition, he revealed that he had a talk with the former player only a few hours before the accident occurred. “I literally heard your voice on Sunday morning before leaving ‘Philly’ -Philadelphia- to return to Los Angeles. I did not think, for a million years, that it would be the last conversation we would have. I am heartbroken and devastated, my brother! I love you, big brother, “he confessed.

“My heart is with Vanessa and the children. I promise you that I will continue with your legacy! You mean a lot to all of us, especially for the Lakers Nation! It is my responsibility to carry this shit on my back and carry on. Please give me strength from above in the sky and take care of me! There is much more I want to say, but I can’t do it now because I can’t get over it. Until we meet again, my brother, “he concluded.

On Sunday morning, the helicopter in which Bryant, 41, was traveling, his daughter Gianna and seven others crashed in a mountainous area of ​​the Californian town of Calabasas. The tragedy could have been caused by the dense fog that reigned in the place around 10.00 local time, when the accident occurred.

In his 20 years as a Lakers player, Bryant was ‘MVP’ of the season in 2008, twice ‘MVP’ of the NBA Finals, five times champion and 18 times ‘All-Star’, a race in which He also won two Olympic golds. He retired in 2016, scoring 60 points in his final game and finished his career with 33,643 points, now fourth on the all-time list after LeBron James beat him only one day before his death.