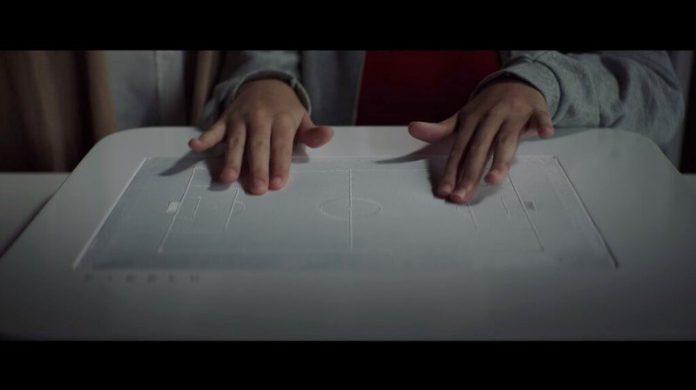 Banco Santander presented on Wednesday ‘Fieeld’, a tactile system of delayed sports broadcasting that allows blind people to follow the movements of the ball and the trajectory of the plays of a football match using the fingertips, reports the bank it’s a statement.

This technological innovation, created by the Havas group and developed jointly with Banco Santander, converts the data collected through the monitoring of the players and replicates each play. It is a technology that moves the position of the ball to the hands.

Now the project has opened a period to find a technological partner to expand its development and carry out a possible commercialization.

The general director of Communication, Corporate Marketing and Studies of Banco Santander, Juan Manuel Cendoya, said that Fieeld is a clear example of how technological advances and football “can positively impact society and improve people’s lives.” “That is why we have developed this project. In Santander we support sport because we are committed to the progress of society,” he said.

Santander has released a video to make Fieeld known as the protagonist of Nicko, a blind Brazilian boy, a fan of Palmeiras, to which his mother tells all the games to his ear. This story was distinguished by FIFA with the award for best fans at its last annual gala, last September.

This Saturday the Brazilian club Flamengo and the Argentine River Plate will play the final of the Copa LIbertadores at the Monumental stadium in Lima (Peru). Therefore, Santander has organized several events in Brazil, Argentina and Peru this week to make it known.

The act of Brazil will be attended by the former player and president of Real Valladolid, Ronaldo Nazário, ambassador of Santander, and the protagonists of the video, Silvia Grecco and Nicko. The one from Argentina, with the players of the Argentine team of the blind, Los Murciélagos.

This Santander project is encompassed in #FootballCan, a bank strategy that bets on the positive impact that football has on society. Banco Santander has been a sponsor of the Copa Libertadores for 12 years, the Champions League and LaLiga Santander and Liga SmartBank in Spain.