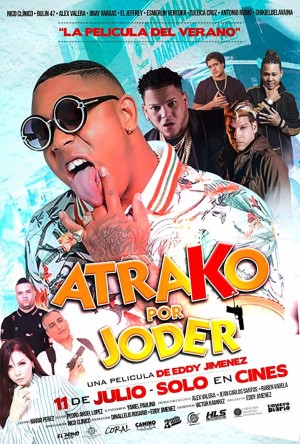 There are a variety of profiles in the production of the audiovisual industry. There are aspects in which comedy bifurcates and it must be seen that there is not only one.

The Dominican comedy has the unique condition of being, at the same time, strength and Achilles heel of the nascent Dominican cinematographic tradition. It is taquilleramente, the type of production that sells more, but at the same time, a part of their titles are responsible for creating a questionable image to the industry, which starts from a repeated phrase: “I do not see Dominican cinema”, in a posture that is a serious error given that our cinema has diversified and qualified in many aspects, to the point that only in comedy, there are at least nine different profiles or subgenres. It is no longer possible to talk about a Dominican Cinema. There are differences, styles and even differentiated schools.

Comedy is the genre that has made people go to the cinema, to be validated the resources invested, which has provoked laughter and that also many people have a general idea of ​​deficit, gender, which is an injustice.

The tendencies, profiles or subgenres in which the Dominican comedy is defined, in our opinion are: