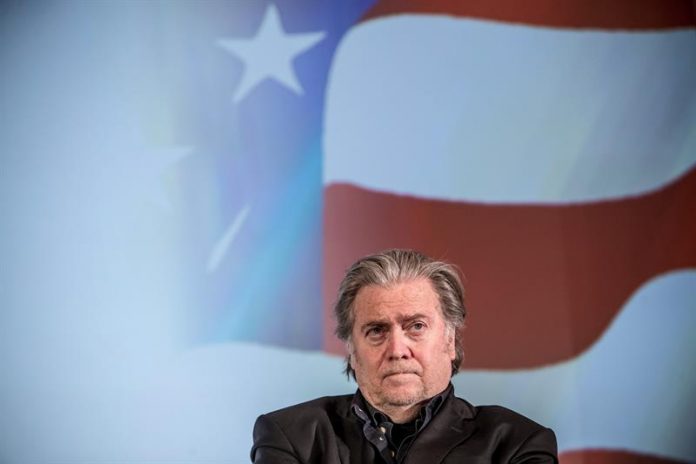 US Cardinal Raymond Burke, known for leading the conservative current against Pope Francis, has dissociated himself from Steve Bannon, ex-strategist of US President Donald Trump, and has resigned from the Catholic Institute “Dignitatis Humanae”.

“In recent times, the institute has increasingly identified with Mr. Bannon’s political program, although I have urged the Institute to return to its original purpose, it has not done so (…) Therefore, immediate, I ended any relationship, “Burke said in a statement released Tuesday on Twitter.

The Institute was the promoter along with Bannon of the creation of an Academy in a former monastery in Italy to teach its ideals of far right to the new generations and Burke was going to collaborate in the curriculum, although the project has been frustrated by alleged irregularities .

The cardinal refers to an article published on the LifeSiteNews website last Monday with the title “Steve Bannon hints that a cursed movie exposes homosexuality in the Vatican”, in which, according to Burke, “suggests” his participation in a meeting of Bush’s ex-strategist with Frederic Martel, author of the book “Sodom: power and scandal in the Vatican”.

After noting that the web did not contact him to verify his presence, the cardinal is in total disagreement with the evaluation of Bannon’s book, who is in favor of making a film about it, something that Burke does not care “at all”.

“I do not agree with some of Mr. Bannon’s statements about the doctrine and discipline of the Roman Catholic Church, but above all, I find his statement challenging the Church’s discipline of perpetual continence for the clergy objectionable. according to the example and desire of Christ, Head and Pastor of the Church, “he continues.

Burke points out that he has never worked with Bannon in his organization or currently either.

“I have met with him on occasion to talk about Catholic social teaching of certain political issues, but I am not part of his organization,” he says emphatically.

Yes, he has been “involved with the Dignitatis Humane Institute for some years due to his work of supporting Christians in public life who act with respect to the moral law and, therefore, promote the common good,” he says, recalling that A few weeks ago he was appointed Honorary President of the same.

His resignation is due to the identification of the institute “more and more with the political program of Mr. Bannon”.