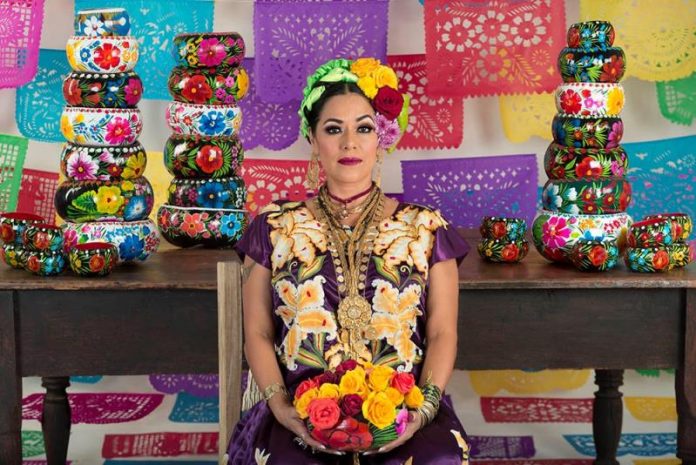 There are 68 different varieties of chile in Mexico and, in her last album, Lila Downs launches herself in full to this spicy fruit as a tribute to the deep flavor of her country through the orchestras of the town and as a way to confront controversial detours like the US immigration policy

“I do not think there is a re-election of (Donald) Trump, I have faith that the other side will join,” predicts the composer and performer in an interview with Efe held in Madrid on the occasion of her most recent work, in which she covers “Clandestino” by Manu Chao to denounce “the situation of children in detention centers on American soil and the perspective of women” on this issue.

In fact, “Al Chile” (Sony Music), the title of the album, is a typically masculine expression in your country that means direct, frank talk.

“We have become more respectful of diversity, which is good on the one hand, but on the other you can not say things as they are, when you meet a character who speaks them like that, you feel relief,” argues Downs (Heroica Ciudad de Tlaxico , 1968), raised in the biculturality of its origins between the USA. and Mexico.

This country does not ignore another turbulent issue such as violence, a climate of terror in which Virgilio Ruiz died, who collaborated on this record as director of the Tierra Mojada orchestra and died in 2017 as a result of a gunshot from an armed group.

“It is very difficult for us in Mexico, on one hand you can not talk about it, because you look political, but on the human side we have to say something, because we are in a terrible situation and there is no justice,” laments artist, who speaks on the disc about the spirit of revenge and “the strength as a human being” to fly beyond that feeling.

Downs, very excited at that point, smiles however when mentioning the sexual connotations that come with chili and the possibilities of talking about the dichotomy between suffering and pleasure, but with that fruit it also symbolizes the deep character of her country, as they do in his opinion the musical and dance formations of the town.

Thanks to the work of Camilo Lara as a producer, musically that manifests itself in the participation of numerous orchestras of the tropical movement of the late 70’s and 80’s of Mexico City and Oaxaca, where the most important ethnic fair of all America.

“I was very excited how they prepare and I wanted to represent with them ‘La Llorona’, which is made on that festival with a very special ritual, all standing and crying, with a very deep feeling,” says Downs, who has covered that classic along with the children’s training Cemxha Youth Band for the first time in Zapotec.

But “Al Chile” is not only Mexico. There you can find other flavors, like the one in Peru in the song “Cariñito” (“The party is not a party without that theme”, they told him when they recommended reinterpreting it) or the sweetness of Norah Jones in “Dear someone”.

“We met thanks to Camilo Lara and we went to record in Brooklyn.” She, who was very relaxed, saw me as I usually do, with my eyelash, and at first there was a bit of shock, but when we talked we began to agree and we passed all the He even invited us to dinner, “he recalls with humor about that meeting of two mestizo personalities but with such a different materialization.

Lila Downs, who has been touring Spain for several days, will visit Barcelona’s Barts concert hall next Wednesday with her band to present “Al Chile”. Then he will travel to Pamplona (June 29, Zentral hall), Burgos (July 1) and Madrid (July 2, Teatro Rialto), with the dream of coinciding with Silvia Pérez Cruz and, perhaps, joining their voices in a collaboration in direct.