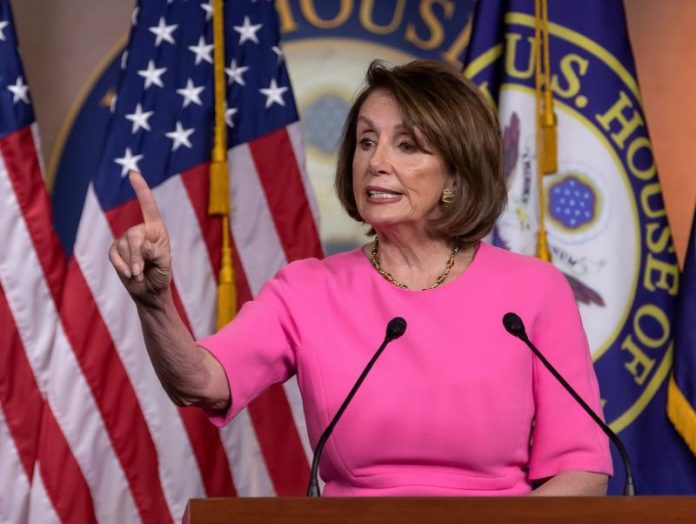 Washington, – The Speaker of the House, Democrat Nancy Pelosi, remained firm today before the president, Donald Trump, whom he accuses of an alleged cover-up of documents that he considers may be grounds for impeachment to remove him from office.

“What the president is doing is an assault on the United States Constitution (…) He is a master of distraction,” Pelosi said at his weekly press conference held at the Capitol.

The president of the House of Representatives pointed out that “it can not be denied” that Trump has obstructed justice by preventing several members of his team from declaring in congressional committees about special prosecutor Robert Mueller’s investigation of what is known as the Russian plot.

“Yes, these could be imputable infractions and reason for impeachment (…) But since the Democratic caucus we believe that we must be prepared from the beginning, and we are not yet in that phase,” he argued.

In his statements to the press, Pelosi considered that Trump wants Democrats in the Lower House to initiate an impeachment process to distract the public from the “many scandals” of his administration.

“He is a teacher of distraction, that’s something he does well: to distract himself from the problems he has, try to change the subject,” he explained.

At the moment Pelosi is reluctant to initiate this process, but this month has hardened his speech against the president and yesterday accused him of an offense – the cover-up of documents – which he considered “worthy of a political trial”, although without committing to promote it.

That accusation angered Trump, who was waiting for the Democrats to talk about the plan they agreed in April to spend $ 2 trillion to improve the country’s infrastructure, including roads, bridges and the installation of broadband internet in every home.

Thus, Trump yesterday ended abruptly to a meeting in the White House with Pelosi and the leader of the Democratic minority in the Senate, Chuck Schumer, after the Democrat accused him of “covering up” possible evidence to dismiss him.

However, the governor said today that he was “extremely calm” when he met Pelosi and Schumer on Wednesday, and said that the Democrats and their allies, “the false news media,” invented a furious reaction.

On the other hand, the spokeswoman of the White House, Sarah Sanders, considered Thursday “crazy” to think that the conversations between the democrats and Trump on infrastructure or other legislative priorities, as the approval of the commercial treaty T-MEC with Mexico and Canada , can continue.

“It is very difficult to have a meeting in which one accuses the president of the United States of a crime and one hour later he presents himself and acts as if nothing had happened,” Sanders told reporters at the presidential office.

After the failed meeting on Wednesday, which lasted less than five minutes, there is no scheduled date for negotiations between the Democratic leaders of Congress and Trump to continue, so the ambitious bipartisan infrastructure plan should wait.

In addition, it seems difficult that the T-MEC trade treaty be approved in the House of Representatives before August, as the White House intended. (EFEUSA)