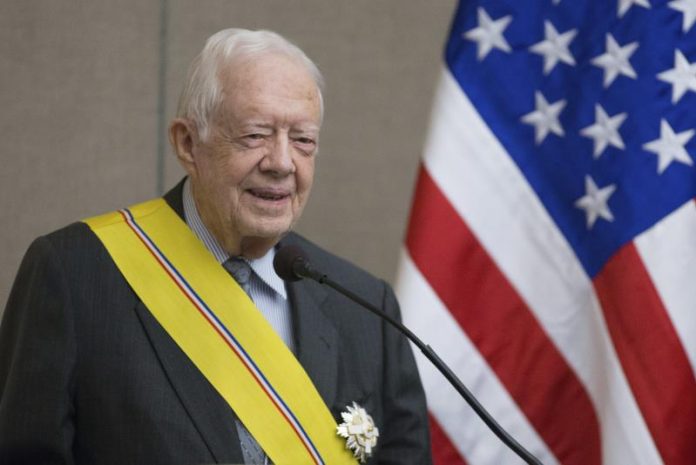 Washington, DC – Former President Jimmy Carter (1977-1981) is recovering from a hip surgery he underwent emergency treatment after he fell on Monday at his home in Plains, Georgia, his foundation said Monday.

“While going out to hunt turkeys this morning, former US President Jimmy Carter fell at his home in Plains, Georgia,” the Carter Center said in a statement posted on his Twitter account.

Carter, 94, who is the longest-serving ex-president in US history, recovers and “quietly” rests from the surgery that was performed at the Phoebe Sumter medical center in Americus, Georgia.

“His surgery was successful,” added the note, which states that his wife, Rosalyn, accompanies him.

“The president says his biggest concern is that the turkey season ends this week and he has not reached his limit,” the Carter Center joked in the statement.

In a message via Twitter, the president, Donald Trump, wished Carter a “quick recovery.”

“Wishing ex-president Jimmy Carter a quick recovery from his hip surgery today, he was very encouraged when we spoke last month, he’s going to be fine!” Said Trump.

In 2015, Carter’s health faltered when he announced that he had four brain tumors, but after six months of radiotherapy and experimental medications, he said he had successfully completed his treatment for cancer.

Carter, who won the Nobel Peace Prize in 2002, remains remarkably active and plans to participate in a housing project for low-income people in October with the Habitat for Humanity organization in Nashville, Tennessee.

His presidential term lasted only four years, mainly due to the impact of the 1979 US hostage crisis in Iran and, although the most conservative continue to criticize his administration, the Democratic leader continued to influence the political life of the country from a progressive perspective.

From the Carter Center, he has promoted advances in election observation, human rights and public health throughout the world.

The former president has written a score of books since leaving the White House, in addition to giving catechesis every week in a Baptist church in his hometown of Plains, Georgia. (EFEUSA)