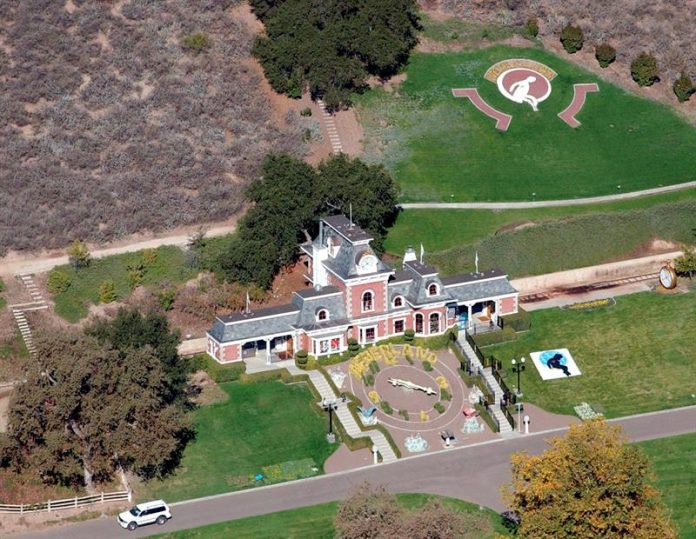 The heirs of Michael Jackson and the investment fund Colony Capital, which are the owners of the emblematic Neverland ranch, reduced to $ 31 million the sale price of what was the residence of the “king of pop,” the specialized media reported today. Variety

This famous complex of 1,100 hectares located in the wine valley of Santa Ynez (California, USA) was put on sale for the first time in 2015 with a price of 100 million dollars.
Two years later, the owners of Neverland lowered it to 67 million dollars.

This new reduction in the price of Jackson’s ranch, which died in 2009 at the age of 50 due to an overdose of drugs, comes in the heat of controversy in the United States for the documentary “Leaving Neverland”, which HBO will broadcast this weekend and which, Over four hours, he explores accusations of sexual abuse against the singer.

“At the height of his fame, Michael Jackson began a long relationship with two boys, seven and ten years old, and their families, now in their thirties, they tell the story of how they were sexually abused by Jackson.” , says the synopsis of the film on the Sundance Festival website, where the documentary premiered in January.

Jackson was acquitted in 2005 in a trial in which he was accused of abusing a young man, while in 1994 he reached an economic agreement outside the courts with the family of another boy who pointed him out for the same crime.

The family of Michael Jackson has criticized hard “Leaving Neverland” since it premiered at Sundance and in February filed a complaint in the Superior Court of Los Angeles (USA) against HBO.

Dan Reed, director of the documentary, reacted in January to criticism by saying that if something has been “learned during this moment in history, it is that sexual abuse is complicated and the voices of the survivors need to be heard.”