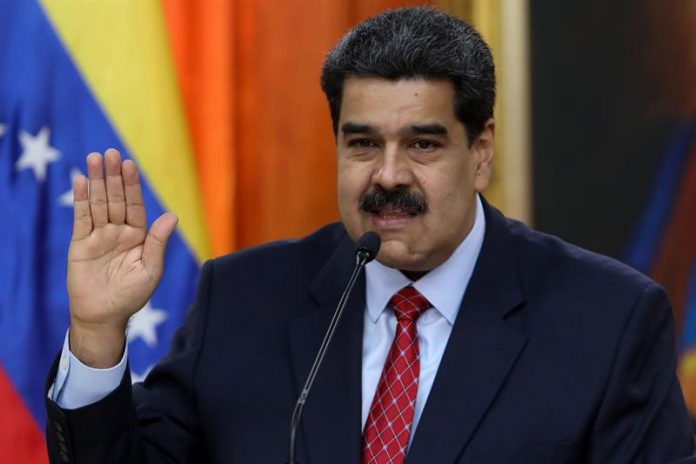 The Venezuelan leader, Nicolás Maduro, is “knocking on the door” of Arab countries and Eastern Europe for his retirement, said in an interview with Efe Julio Borges, ambassador to the Lima Group of the self-proclaimed president of Venezuela, Juan Guaidó.

“We do know,” said Borges, “that they are already knocking on doors from different countries to look for a possibility of asylum or hiding place when they leave Venezuela.”

Through “diplomatic channels” the Venezuelan opposition has received information about the possibility that Maduro is considering exiling in “Arab countries and Eastern European countries”; but Borges refused to offer more details about the hypothetical destiny of the Chavez leader, in power since 2013.

Borges said that Maduro has contacted governments with which he maintains an ideological connection and also nations with more conservative ideologies.

In recent days, speculation has multiplied that Maduro may be seeking refuge in case he is forced to leave power in the face of pressure from the international community, which supports Guaidó as the “legitimate” president of Venezuela.

Those speculations have been fueled by White House national security adviser John Bolton, who on Thursday recommended Maduro to retire on a “beach” far from Venezuela and on Friday threatened him with “Guantánamo” (Cuba), where USA He has a military prison for terrorism suspects.

Borges, who sought to isolate Chavismo internationally as president of Parliament between 2017 and 2018, considered Venezuela to be a “failed state” that is “occupied” by Cuba with agents inserted in the highest strata of power, including the military leadership.

In 2017, the Cuban communist newspaper Juventud Rebelde reported that there were 46,000 Cubans in Venezuela, but said its goal was to help in 20 social programs, among which the “Barrio Adentro” mission, aimed at strengthening the public health system.

The Venezuelan was appointed on January 29 as Ambassador of Guaidó before the Group of Lima, composed of a dozen countries of the American continent.

Borges and other representatives of Guaidó, like his “ambassador” in the US, Carlos Vecchio, are trying to strengthen him as interim president of Venezuela and, this is why, this week they met in Washington with the US vice president, Mike Pence, between other high positions.

Now, the objective of Borges is to gather more support during the meeting that the Lima Group will hold on Monday in Ottawa (Canada).

Borges wants to obtain a “decided support” from the Lima Group for the “urgent” opening of a humanitarian channel and, in addition, will offer guarantees that “soon” Guaidó will call “free” elections.

For those elections, Guaidó could ask for help from international observers from the European Union (EU) and the Organization of American States (OAS), said Borges.

Likewise, Borges will ask the Lima Group to increase the pressure on the civil and military leadership that, in his opinion, keeps Maduro in power; and to “take action” against those who have committed human rights violations, as well as crimes of corruption and money laundering.

In that sense, the opposition said that “a very good idea” that is being considered is to freeze the assets of the perpetrators of corruption crimes so that this money is transformed into “humanitarian aid”, that is, food and medicine for the victims. Venezuelans

Borges, born in Caracas in 1969, has been one of the architects of the international strategy of the Venezuelan opposition.

This strategy has allowed Guaidó to join the support as interim president of the United States. and of most of the countries of the American continent, including Brazil, Colombia and Argentina; although Maduro maintains the support of Russia, China, Bolivia, Cuba and Nicaragua, among others.