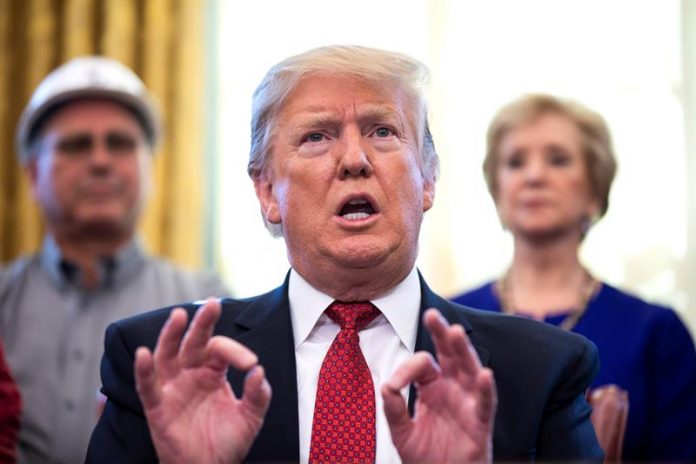 President Donald Trump on Thursday considered a “waste of time” negotiations with the Democratic leaders of Congress on the construction of a wall on the border with Mexico, a controversial measure that again threatened to carry forward using presidential powers.

“I think (the Speaker of the House, Democrat Nancy Pelosi) is doing tremendous damage to the country, if you do not approve the wall, the rest is just a waste of money, time and energy because it is desperately needed,” Trump said. in an interview with The New York Times.

Democrats are strongly opposed to the concept of physical wall with Mexico, but have been willing to finance the replacement of fences, dikes and barriers of support, in addition to hiring more immigration judges, border agents and technology.

During the last partial administrative closure, which began on December 22 and ended 35 days later, Trump threatened on several occasions to also carry forward the construction of the wall using its power to do so through the national emergency.

“I will continue to build the wall and we will finish the wall, if I declare a national emergency or not, you will see that,” the president said in the interview with the New York newspaper.

On January 25, Trump signed a decree that gave funds for the next three weeks to the Administration and thus allowed its reopening after a partial closure of 35 days, the longest in history, but did not provide funds for the wall .

During these weeks, a bipartisan committee of the House of Representatives and the Senate meet to develop a funding proposal for the Department of Homeland Security (DHS).

Although in the beginning Trump was optimistic that this future initiative could include funds for the wall, the president has pointed out in recent days that he does not believe that Democrats and Republicans can agree on this issue.