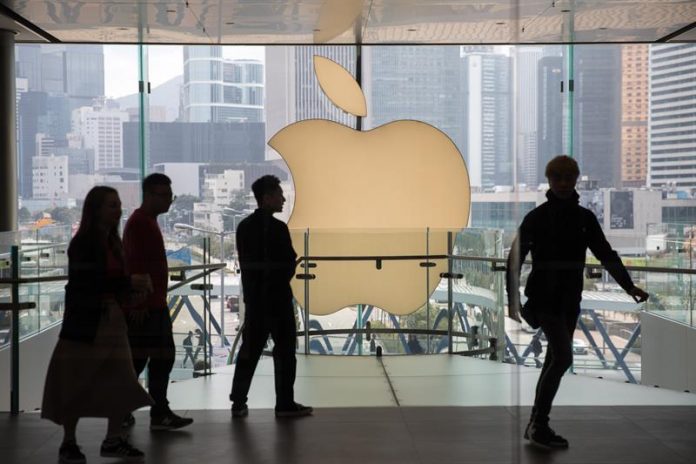 Apple today presented results that confirmed the difficulties the company is going through, with a reduction in both profits and revenues compared to the beginning of last year, driven by the slowdown in China and a reduction in iPhone sales.

The CEO of the company, Tim Cook, already warned in early January of approaching storm clouds: in an unusual move (it was the first time in more than 15 years), he sent a letter to the shareholders reviewing downward the revenue expectations for the first quarter of fiscal year 2019.

In his letter, Cook already placed the iPhone and China as the main causes of this change in expectations, something that was confirmed today by knowing the precise figures.

Thus, the revenues that the company based in Cupertino (California) obtained between October and December -that is, including the Christmas campaign- for sales of iPhone phones were 51,982 million dollars, a drop of 15% compared to 61,104 millions billed at the beginning of the previous year.

This is a not insignificant fact, since the iPhone is still, by far, the main source of income for Apple, representing more than 60% of the total.

Despite reporting the total billing derived from the mobile phone, the Californian firm did not reveal for the first time the number of phones that were sold in the last three months, and since there are several price levels for different models of the market, it is impossible to infer the number of sales from the income.

This change in the way they present their results (already announced in November last year) has triggered speculation about a possible poor reception of the latest Apple phones in the market, the iPhone XS, XS Max and XR, which are among the most expensive models that the company has ever taken.

There are several suppliers of parts and material from Apple around the world that have indicated a reduction in orders over the past few months, which has led many analysts to speculate that the company stopped publishing sales figures precisely to “hide “This poor reception of their most recent mobiles.

On the other hand, today we could also quantify the exact impact of the slowdown in China on Apple accounts: 4.787 billion dollars was the amount that the company stopped entering the Asian country with respect to the first quarter of last year.

This represents a substantial reduction of 27% of sales in what is the second largest national market for the company, only behind the United States, and to which were added other, although much softer, declines in Europe and Japan.

In contrast, Apple’s turnover in the Americas increased between October and December by almost 2,000 million dollars over the same period last year.

“Although it was disappointing not to meet our revenue predictions, we managed Apple for the long term, and the results of this quarter show that the strength on which our business is based is deep and wide,” Cook said when the results were published.

After the company’s big decline in the markets when it announced its revenue review earlier this month, investors looked more closely at today’s results, and the company’s shares revalued by 5.5% to 163. , $ 2 per share in electronic transactions after the closing of the Wall Street switchboards.