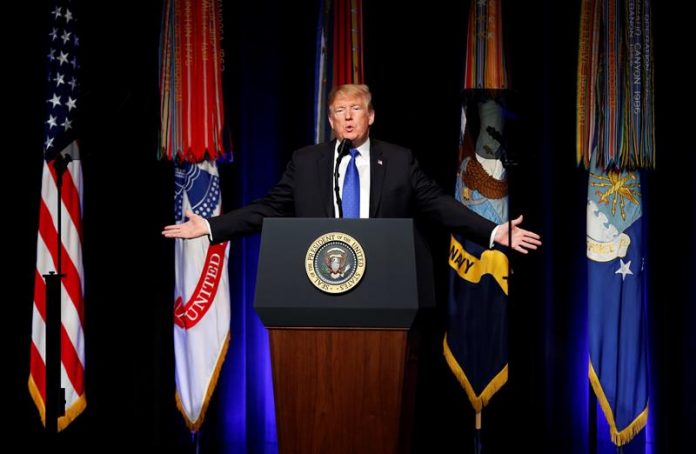 President Donald Trump signed on Friday a decree that provides funds for the next three weeks to the Administration and allows its reopening after a partial closure of 35 days, the longest in history.

Trump agreed to approve this budget extension, which does not include funds for the wall, the source of the disagreement with the Democrats, after nearly 800,000 public workers lost their second consecutive payroll.

The reopening agreed between Democrats and Republicans and endorsed by Trump is only for three weeks, until February 15, time that the president gave the opposition to sit down to negotiate an immigration agreement that includes money for the wall.

“This was not a concession in any way, it was taking care of millions of people whose government closure was seriously damaging,” Trump said in a tweet before the decree was signed.

The president also recalled that the guaranteed reopening is brief, and that it will force a new closure or declare a national emergency to use funds for the wall without the authorization of Congress if there is no agreement with the Democrats on immigration before 15.

The president of the Lower Chamber, the Democrat Nancy Pelosi, with whom Trump maintained the pulse during these 35 days, said after the announcement of the agreement that “it is sad that it has taken so long to reach an obvious conclusion.”

Trump was forced to accept the agreement in the face of the growing rebellion of Republican senators willing to ally with the Democrats to allow reopening, and also by the protests of the officials forced to work without pay.

On the day they lost their second consecutive payroll, about 14,000 employees of the Internal Revenue Service (IRS) did not go to their jobs, in full season of tax returns.

Neither did a group of air traffic controllers whose failure caused major delays in two of the airports serving New York, LaGuardia and Newark, and also in Philadelphia, raising fears about the state of the US economy.

This partial closure or “shutdown”, the longest in history, began on December 22 and affected about 800,000 public workers (25% of the administration), half of them forced to work without pay.