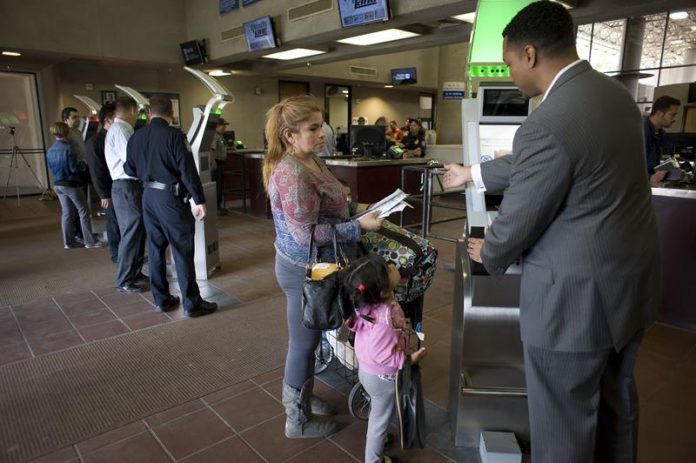 Most of the undocumented migrants who reside in the United States came to the country legally through its borders, according to a report by the Center for Migration Studies (CMS) released today.

The study argues that 62% of people residing in the United States. In an irregular manner, they crossed the border in a legal way, after obtaining visas, and later they did not abandon it.

The other 38% of the undocumented entered the country illegally.

In this sense, the study specifies that the number of people who crossed borders irregularly has been reduced for the seventh consecutive year.

“The arrival by air and the expiration of temporary visas have been the main form of income of the undocumented population in the seven years covered by this report,” says this center for migration studies, based in New York.

The CMS denounces that while US President Donald Trump “has focused the nation’s attention on the border wall” with Mexico, the number of undocumented Mexican nationals in the United States was reduced between 2016 and 2017 by 400,000 people.

He also insisted that in 2017, for the first time, Mexicans represented less than half of the total number of undocumented immigrants, whose number exceeds ten and a half million.

The Center emphasizes that given the conclusions of the study and the evolution of immigration by countries of origin, such as the increase of Venezuelans and Indians, “the United States needs a more nuanced and evidence-based response on the migration of undocumented immigrants.”

It also notes that the reduction of the migrant population of countries such as Nicaragua, Ecuador, Peru, Poland and Korea “shows that undocumented migrants will return to their countries of origin, even in difficult conditions.”

Finally, he recommends that a “serious commitment to improve conditions in the northern triangle states of Central America (Guatemala, Honduras and El Salvador), Venezuela and other countries can significantly reduce the undocumented population in the US.”