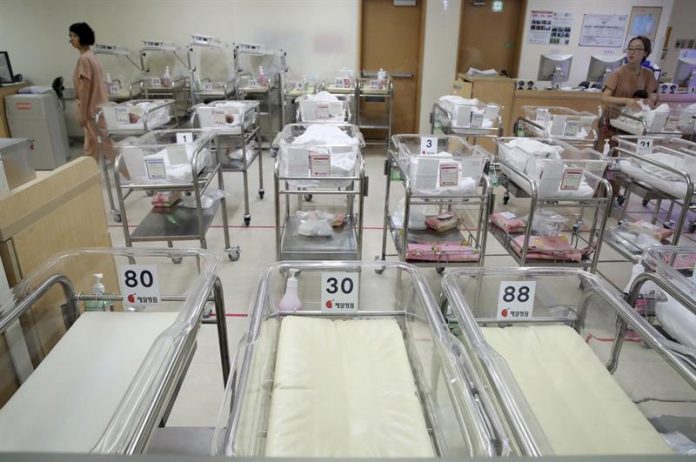 AOchos countries will concentrate more than half of the 395,072 births that will be registered during this January 1, 2019 worldwide, standing out above all other India, with 69,944 babies, and China, with 44,940, according to data provided by Unicef .

In cities around the world will be welcomed not only the new year, but also the first babies of 2019. Since the clock strikes midnight, Sidney will receive about 168 babies. After them will come 310 in Tokyo, 605 in Beijing or 166 in Madrid, until finally reach 317 in New York.

In 2017, around one million babies died the same day they were born, and 2.5 million in their first month of life, most of them from preventable causes, such as premature birth, complications during childbirth and infections such as sepsis and pneumonia, in what constitutes a violation of their basic right to survival, according to Unicef.

In any case, in the last three decades there have been great advances in terms of child survival, since the number of children who die worldwide before their fifth birthday has been reduced by half.

Progress has been much slower in the case of newborns since babies who die during their first month account for 47% of all deaths of children under the age of five.

“This New Year’s Day, let’s make the purpose of realizing all the rights of all children, starting with the right to survival,” Javier Martos, executive director of Unicef ​​in Spain, said in a statement.

“In this moment of celebration and joy, our thoughts are also directed to all the babies that will not survive their first day.” We can and must do more to give each baby the opportunity to have a name, to laugh, to play and to live fully, “he added.

The campaign #UnNombreUnaVida of Unicef ​​Comité Español has as its goal that all babies have a name and a life to live and enjoy.

To achieve this, according to the UN entity, more resources are needed to implement the necessary measures. Some are as simple as a vaccine, a mosquito net, a thermal blanket, an antibiotic, have qualified medical personnel during delivery, or that the health center has water and electricity.

The year 2019 also marks the 30th anniversary of the adoption of the Convention on the Rights of the Child, which UNICEF will commemorate with different actions throughout the year.