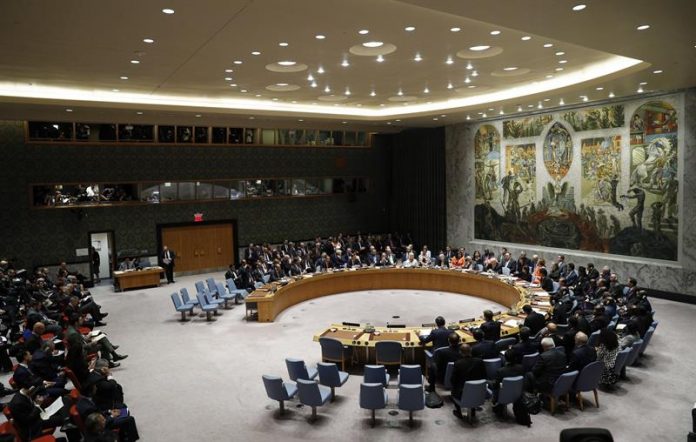 Dominican Republic has become today and for the first time in its history a member of the Security Council of the United Nations for 2019 and 2020, replacing Bolivia, and will do so hard because it will also preside over this body during this month of January.

The Dominican presence, which will occupy one of the seats reserved for Latin America and the Caribbean, was agreed on June 8 in the General Assembly, in a vote in which the Caribbean country had the support of the entire region.

The Caribbean nation arrives with the support of 184 of the 193 member states of the United Nations. Together with the Dominican Republic, Germany, Belgium, South Africa and Indonesia also join the Security Council today.

The Dominican Republic enters the big door in the UN organ, since, in addition, it will also occupy its presidency during this month of January.

In this sense, the Dominican special envoy for this governing body, José Singer, will offer next day 2 a press conference on the program of activities of the Security Council.

As the Dominican Chancellor, Miguel Vargas, has already advanced, for the Dominican Republic, the defense of the environment, climate change and the need to adopt actions for the benefit of youth and women, as well as in favor of other segments of society, are of vital importance. the society.

The Dominican Republic arrives at the Rabbit with the commitment to promote the defense of human rights and a lasting peace and security that allows the development of the peoples.

“We will work hard to contribute to the construction of a world scenario oriented towards human security, for our region of Latin America and the Caribbean, as well as for the rest of the world,” said Vargas regarding his country’s entry into the highest body. of decisions and in charge of key issues of peace and security.

The wars in Syria and Yemen, as well as several African conflicts, the Palestinian question or the increasing threats to multilateralism, are some of the issues that will be discussed in the Council.

In addition, there are also issues that closely affect the Dominican Republic, such as the case of neighboring Haiti, where the United Nations has deployed a mission.

The Secretary General of the United Nations, António Guterres, urged in his New Year’s congratulations on “international cooperation” to overcome in 2019 the “dangers” that the world is facing.

Among them, Guterres highlighted climate change, the intensification of geopolitical divisions, the growing migratory movements “in search of a safe place and protection”, the growth of inequality between rich and poor, the increase of intolerance and the decline of the trust.

“When international cooperation works, the world wins,” Guterres stressed before insisting that in “2019, the UN will continue to unite people to build bridges and create spaces to find solutions.”

Together with the Dominican Republic, today they enter the Security Council Germany, Belgium, South Africa and Indonesia.

While Indonesia was confronted by a seat reserved for the countries of Asia and the Pacific with the Maldives, whom it defeated with a wide margin.

The Indonesian candidacy received 144 votes in favor, compared to 46 in the Maldives.

To be elected, a country needs at least the support of two-thirds of the member states participating in the secret ballot held in the General Assembly.

Of the five countries that will occupy a seat starting today, the Dominican Republic is the only one that has never been a member of the Security Council.

For Germany, a great power, especially in the economic sphere, will be its sixth mandate, a case similar to that of Belgium.

The new members of the Security Council will replace the five who end their term this year: Bolivia, Ethiopia, Kazakhstan, the Netherlands and Sweden.

Meanwhile, they will continue in 2019 as non-permanent members of the Ivory Coast, Equatorial Guinea, Kuwait and Poland.

In total, the Security Council is composed of fifteen countries, ten with temporary posts and five with fixed seats: the United States, Russia, China, France and the United Kingdom, which also have veto power.